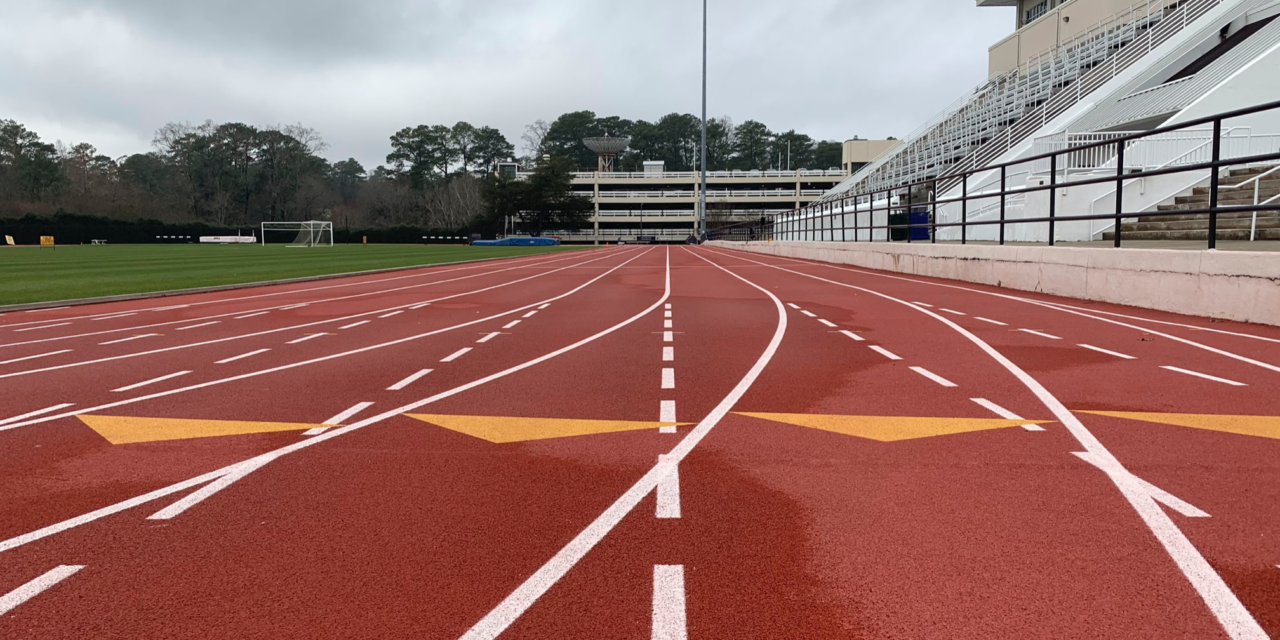 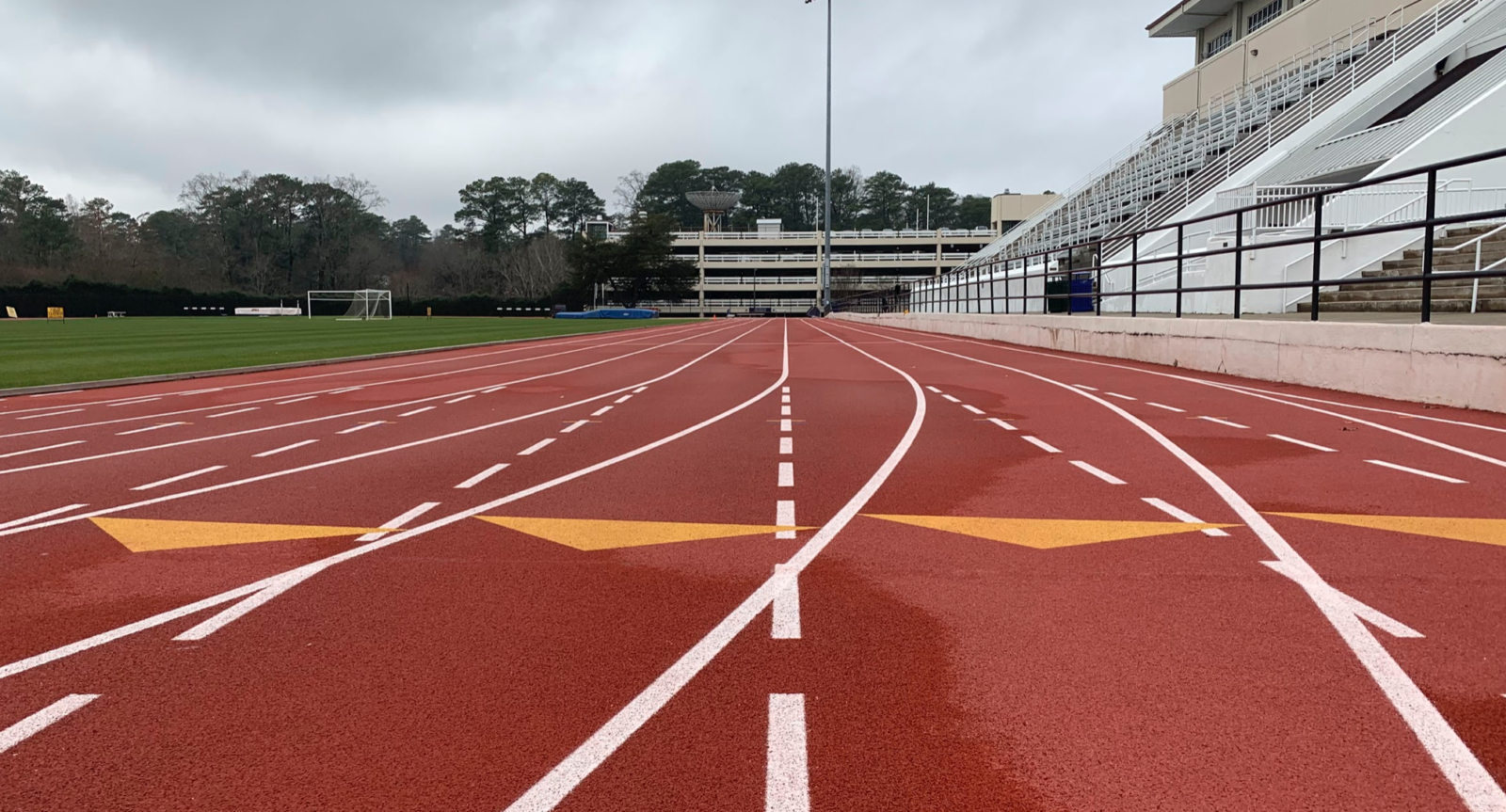 “The coaches threaten and give ultimatums,” said former junior jumper Natalie Natole (21C), one of 38 students who have left Emory’s cross country track and field (XC/TF) team within the last year. “We have no right to a balance. It’s an obligation that’s no longer fun anymore.”

Natole detailed an environment of compounding pressure, isolation and insensitivity when asked about why she decided to quit after two and a half years on the team. Her reasoning paralleled the motivations of eight other former members who spoke to the Wheel, all of whom said that new rules regulating student athlete behavior has created a toxic team culture.

However, Head Coach Linh Nguyen and current XC/TF members contest this narrative, stating that a focus on athletic and competitive excellence is laying the groundwork for future success.

Such conflict has called into question the expectations of Division III athletes about where to strike a balance between their sport and their academic or social priorities.

All eight former members, who have quit the team within the last year, attributed an unprecedented level of coach turnover as the primary reason for the team’s deteriorating morale.

Within the last four years, XC/TF members have operated under eight different coaches and have witnessed the exit of five. Among these changes, there have been four head coaches: John Curtin, Derek Nelson, Jordan Schilit and current Head Coach Linh Nguyen. Curtin was the team’s head coach from 1985 until 2018, when Nelson and Schilit assumed their roles of interim head coaches upon Curtin’s departure. They only held the position for one season, an eight-month period. In June 2019, Nguyen was hired as head coach.

Among the eight coaches that have joined Emory XC/TF since 2016, five have either worked at or were athletes of Division I schools.

Former sprinter Mason Lewis (20C) stated that the incongruity between the coaches’ Division I and the athletes’ Division III backgrounds underscores the visceral responses to the constantly changing policies.

“First, it’s hard to maintain personal relationships with the coaches,” Lewis said. “We have to adjust all the time. These coaches are young. They come from intense programs and want to come in and change our program. If we were being paid to be here, fine. But they want to control every aspect of our lives.”

In 2018, Lewis held the title of No. 1 sprinter in the University Athletic Association (UAA).

“The best athletes on our teams could’ve gone Division I, but we didn’t want that experience. It’s frustrating because this is not what any one of us signed up for,” Lewis said.

Mason maintained that the coaches were “weeding out” athletes to the point that “the team has lost most of their talent.”

Former players also felt that the coaches exhibited a narrow understanding of what constitutes an excuse. Illness, injury or even religious holiday observance were met with incredulity, disapproving remarks and implicit pressures to prioritize the sport.

A former member of the XC/TF team, who requested to remain anonymous for fear of backlash from current teammates, recounted a time when Nguyen leveled ultimatums to “guilt” them to continue running despite unhealed injuries. If they didn’t, they risked qualifying for postseason meets.

Coaches used a similar ultimatum when the member requested to miss practice to observe a religious high holiday, the member said.

Other members, like former jumper Valerie Cella (22N), stated that the coaches would instruct injured athletes to practice on their own, which led to isolation from team members.

“They have expanded the intensity of the workout incredibly, [to the point where] it damages your body,” Cella told the Wheel. “Then they tell you to work out by yourself. You become separated from the team, so then you push yourself to catch up to that intensity, and then you injure yourself again. It’s a constant cycle.”

Nguyen rejected such claims, stating that the coaches “work closely” with athletic trainers Holli Dawson and Tristan Rodik, and that coaches were not authorized to tell an athlete to continue practicing while injured.

“We listen [to] the athletic trainers,” Nguyen said. When asked if he had favorites on the team, Nguyen responded: “I try to do the best I can to give everybody as much attention as I can give them.

Former sprinter Gabriela Muller (20C) contracted the flu a week before an intersquad meet and had missed an entire week of class, but she still went to practice to “prove” her sickness to the coaches.

“I show up [to practice], and [Nelson] goes … ‘I hope you brought your spikes,’” Muller recounted. “The coaches didn’t believe in injuries or being sick or anything like that.”

The day after the meet, Muller quit.

Current members like 400-meter runner Liam Fost (21C) maintain that these new expectations have pushed him to succeed. Fost, a two-time UAA indoor and outdoor champion, attributed his success to Nguyen’s workouts and expectations.

At the beginning of June 2019, Nguyen implemented 45 new rules governing individual and team behavior during the season. These rules exist in addition to the regulations set forth in the Emory student-athlete handbook. 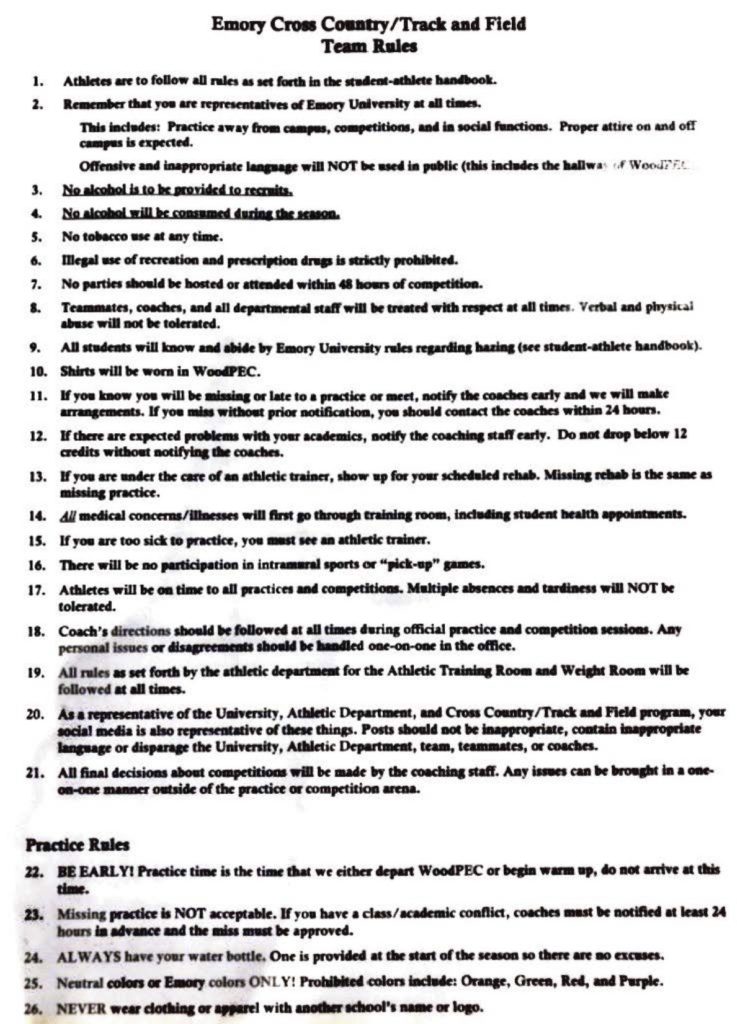 The Emory Cross Country/Track and Field team rules, implemented under Head Coach Linh Nguyen at the start of the season. 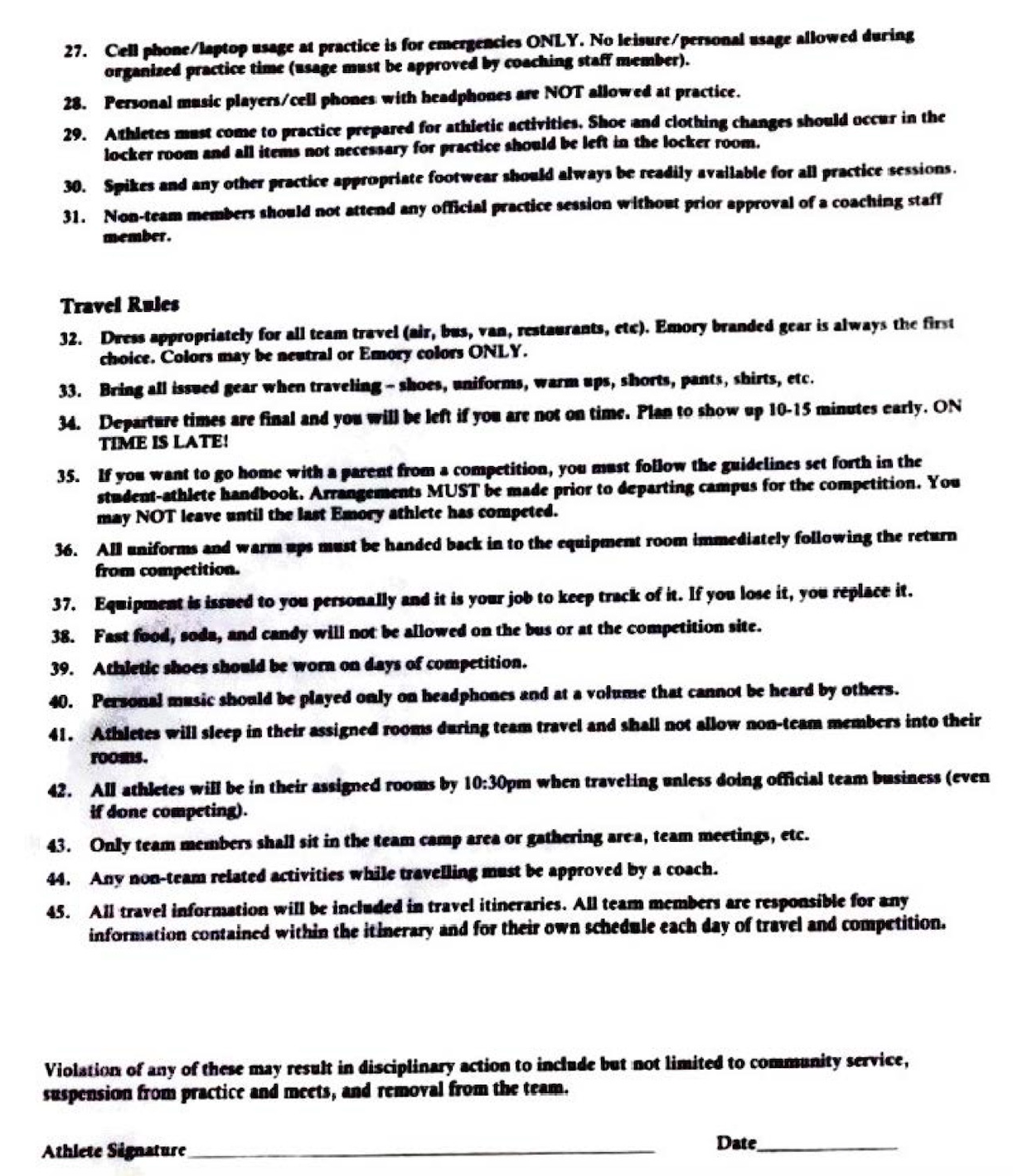 Violations of the rules include participation in intramural sports or “pick-up games” and wearing non-Emory colors during practices. Penalties include suspension from meets and practices, and even removal from the team.

Nguyen stated that at the beginning of his tenure, he sent out a team survey in which members expressed that they desired clearer communication and more regular enforcement of expectations.

“It was a pretty clear pattern of people not coming to practice [or] meets and leaving meets and practice early,” Nguyen said. “I think the team overall felt that those values were important [and required] a greater commitment.”

Nguyen said he believes that the rules he implemented were not “unreasonable” and stated that he implemented fewer than he had while coaching Division I teams.

When asked if any member has been found in violation of the rules, Nguyen said that he did not know and could not recall if he disciplined someone this past semester. However, former members corroborated that Nguyen removed one member in the last two weeks for missing an indoor meet on the weekend of Feb. 15.

Senior sprinter Alex Rand (20B) told the Wheel that he believes the rules will foster a more positive environment.

“When you think about it from [Nguyen’s] perspective, … all of those rules are geared toward bringing us as athletes to the next level, and bringing in a positive team culture,” Rand said.

Natole, however, noted that the burden of these expectations falls disproportionately on athletes who have not previously been exposed to, and who were not expecting, such rules.

“[Nguyen] came into this program thinking that he was going to have athletes like he’s had in the past, but the issue is that he hasn’t adapted,” Natole said. “He’s training us as if we were at a Division I school.”

Former 400-meter runner Alberto Bitar (22B), like other former team members, came to Emory under the impression that while his involvement on the team would constitute a large part of his life on campus, it would not come at the expense of other extracurricular activities.

“They were trying to get into my social life and personal life, which I think a lot of people didn’t appreciate,” Bitar said. “You were expected to carry a persona around outside of track, which is fine for a bigger program. For a program that‘s not that established, I think it’s a little much.”

Former short sprinter Emily Kastenberg (21C) had been running track competitively since she was in sixth grade, but she lost passion for the sport when the coaches’ expectations shifted.

“Our coach freshman year [Jordan Hill] came at it with the approach that if you’re a Division III athlete, you chose it because you wanted to both have the student athlete experience but also be involved in things on campus,” Kastenberg said.

While the new team environment was not for Kastenberg, she hopes that the expectation is clear for future recruits when they are considering Emory as a place to continue their athletic experience.

As the team is considerably smaller than it was at the start of the year, former members anticipate that such an exodus will impact the success and future of the team.

“The team is incredibly small right now,” Kastenberg said. “On one hand, it’s difficult logistically in terms of doing well as a team and scoring points at the track meets.”

Fost noted that the team is in “the biggest transition” that the program has experienced in recent years, but he remains confident that the current expectations and leadership will enable the program to reach “elite status.”

“[Nguyen] saw the resources at Division I teams, and he wanted that for us,” Fost said, noting that under Nguyen, the team received new team gear and athletic equipment. “These changes had to be made … in order to become a top program.”

Nguyen acknowledged that it was important as a coaching staff to carry the same message across policies.

“Assistant coaches tend to be more transient than head coaching positions in the NCAA. Many assistants want to be head coaches,” Nguyen said. “Hopefully, we can have some more continuity with our staff.”

This year’s UAA Indoor Track and Field Championship meet will be held this upcoming weekend on Feb. 29 to March 1 in New York. The UAA caps each team at 25 entries; however, this year both women’s and men’s teams did not fill the rosters completely, electing to take 23 athletes from the women’s team and 22 athletes from the men’s team.

Regarding the partially filled rosters, Nguyen did not respond to a request for comment by press time. 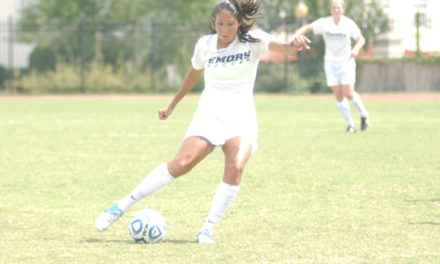 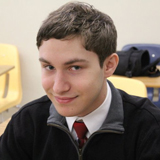