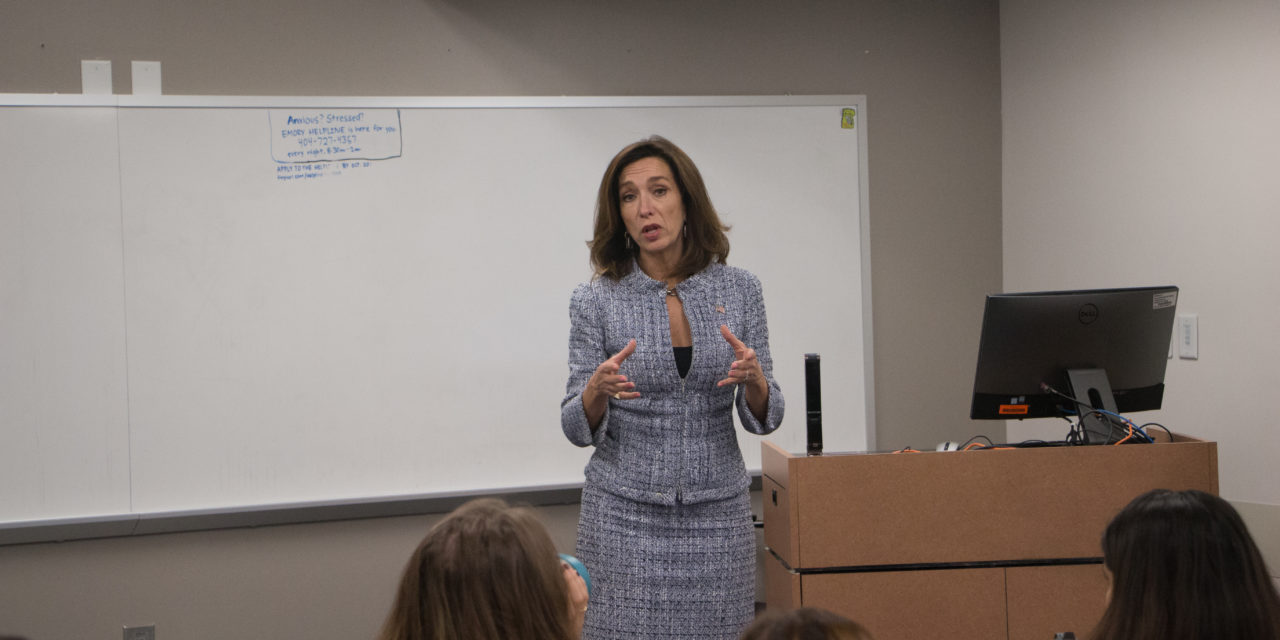 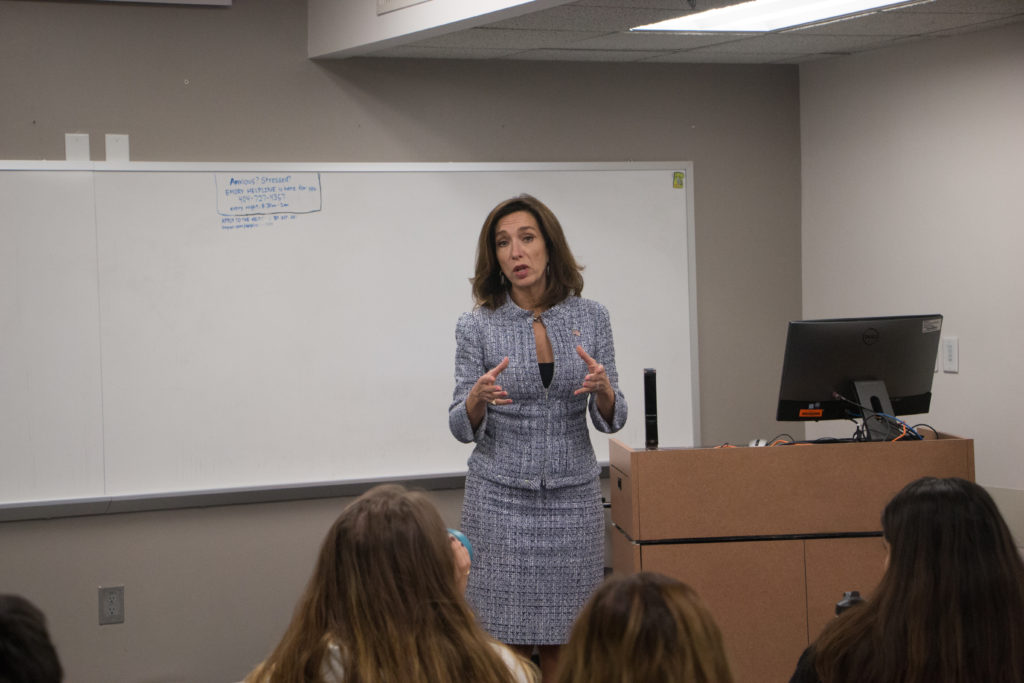 Former Mayor of Columbus, Ga. and 2020 U.S. Democratic Senate candidate Teresa Tomlinson (91L) stressed the need for structural reform in the upcoming 2020 elections during a Nov. 4 lecture in Tarbutton Hall.

“Our government is very dysfunctional,” Tomlinson said. “We have a leadership structure that believes that government is the problem, not a tool to solve challenges.”

Tomlinson, who graduated from Emory University School of Law in 1991, spoke to a crowd of approximately 20 students on Monday about Democratic policies and systemic biases in government structure.

A Georgia native, Tomlinson has been involved in politics for 30 years. She first held office when she assumed the mayorship of Columbus in 2011, a post she held until 2019. Before taking office, Tomlinson served as the first female partner at Pope, McGlamry, Kilpatrick, Morrison & Norwood, LLC, where she specialized in complex litigation. She largely attributes her political success to the skills she acquired as a young lawyer.

“I was too young and inexperienced to know I’m supposed to lose,” Tomlinson explained. “That led me to [believe] as long as I stay active and aggressive and thoughtful about what I was doing, I could move mountains.”

Tomlinson, who has announced that she will run against U.S. Senator David Perdue (R-Ga.) in the 2020 Georgia senate election, reflected on Democratic policymaking. She pointed to the Democrats’ losses in the previous two Georgia gubernatorial elections, which occurred despite “tremendously strong” candidates.

She reasoned that this was a result of Democrats’ willingness to concede suburban areas to the Republicans. She credits a change in Democratic policy to the work of Stacey Abrams, who lost the 2018 Georgia gubernatorial race to Republican Brian Kemp.

“We had to motivate [suburban voters] to go to the polls,” Tomlinson said. “We had to be loud, proud Democrats.”

Speaking on her own successful mayoral campaign in 2010, Tomlinson stressed the need to resolve a dysfunctional system, pointing out discrepancies in race between Columbus’ elected officials and the general population. She saw these disparities as a potential cause of civic unrest.

Such issues, Tomlinson argued, were not merely limited to the state. She pointed out “deeply embedded systemic biases” that originated in the 20th century and persist throughout “almost all of our governmental systems.” In particular, she expressed her disappointment over the closing of several Georgia hospitals, which she attributed to Republican politicians’ refusal in 17 states to expand Medicaid.

“[The Republicans] denied their own people access to a benefit that the federal government had decided it was necessary for our United States citizens to have,” Tomlinson said.

Regarding her political views, Tomlinson insisted that she has “always been a proud progressive” and that she would not be perturbed by any potential name-calling, after claiming that Republican Senator David Purdue had already decided to label whoever won the Democratic nomination a “socialist.” She emphasized the need to speak with authenticity and courage.

Building on this, she urged white Democrats to stand up for their views to encourage marginalized minority voters.

“Don’t let the people in power say that only people of color are Democrats,” she urged. “You’re leaving your neighbors out.”

“There’s so much energy right now around this,” he said. “It is fantastic to have all of the [Senate candidates] coming through Emory and talking with students in an intimate setting and getting a chance to have every single question answered.”

Tomlinson’s former finance director Edana Walker released a barage of tweets on Sunday, claiming that the way she was let go by the campaign was “thoughtless and cruel.” Walker said Tomlinson asked her to “recommend someone new” after telling her she “wanted [her] out.”