Like most Emory seniors, Yeshi Dorjee and Stanzin Wangdan are gearing up for graduation: they are wrapping up their last few courses and planning to move at the beginning of the summer. Unlike the average Emory senior, however, neither are 22-year-olds off to graduate school or corporate America. Dorjee is 37 and Wangdan is 31, and both are Tibetan monks who first came to Emory two years ago as part of the Emory-Tibet Science Initiative (ESTI).

Dorjee and Wangdan were selected among hundreds to participate in ESTI, which aims to offer monks an education in modern science. The program began in 2006 after the Dalai Lama declared that monks should have intensive training in the modern sciences to complement their philosophical and monastic studies. As an Emory distinguished professor, the spiritual leader urged the University to partner with the Library of Tibetan Works and Archives to form the program. 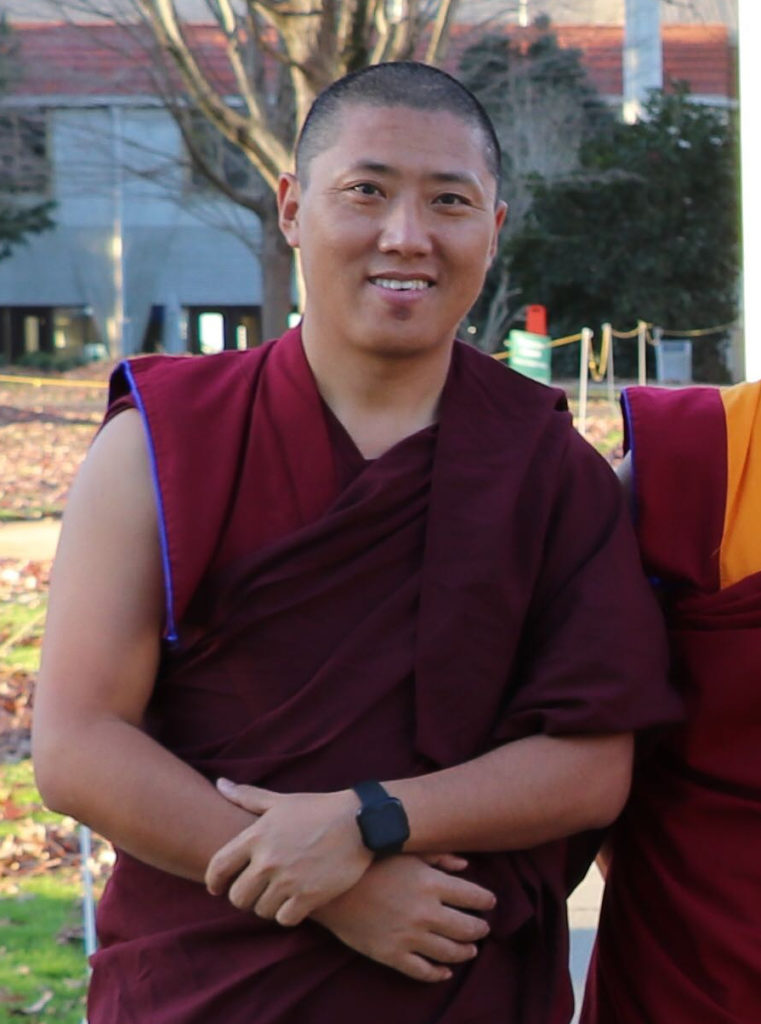 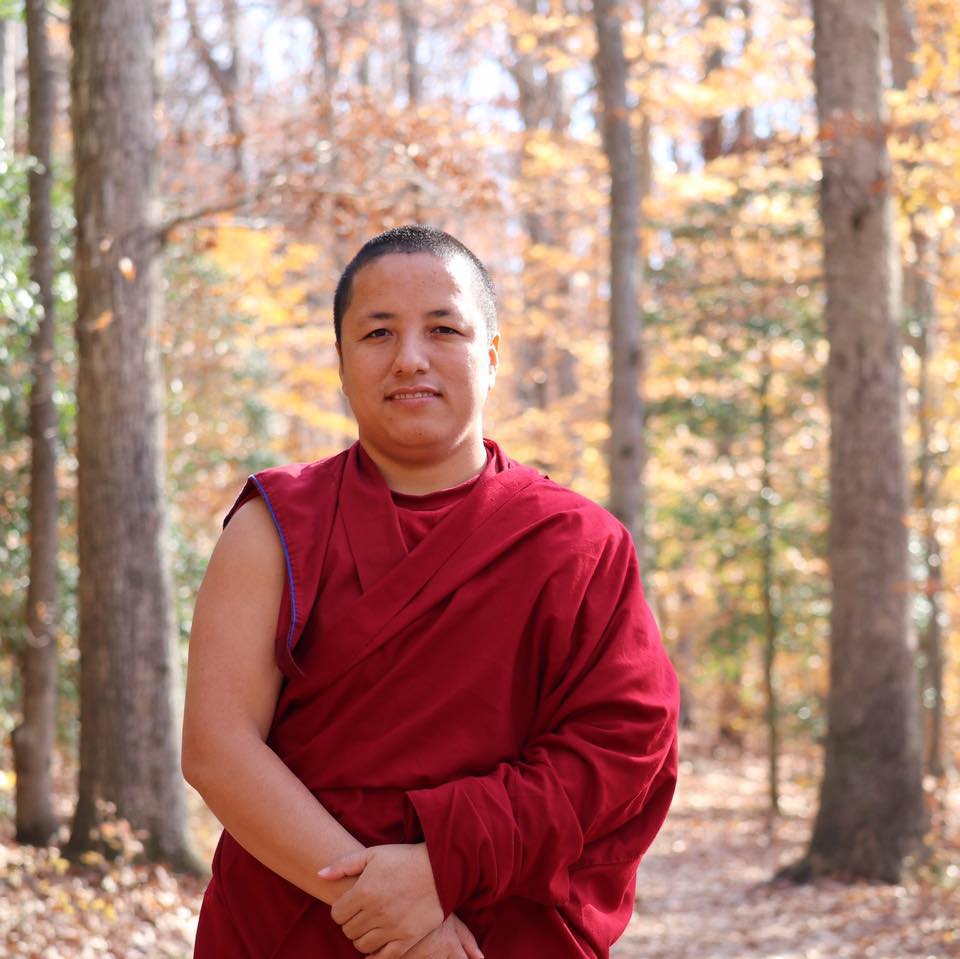 Dorjee, Wangdan and the rest of their six-person cohort arrived in the U.S. in 2017 with more than 16 years of intensive training in monastic studies and philosophy already under their belts, prepared to spend their next two years learning biology, physics or another modern science. But these two years are now coming to an end.

Although Dorjee is native to Tibet and Wangdan is from India, they said their lives share many parallels because of their Buddhist backgrounds. Both Tibetan and Indian monasteries stress the importance of minimalism, compassion and mindfulness, which are ideals preached by the Dalai Lama.

“We have very similar cultures,” Dorjee said. “[The Dalai Lama’s] teaching has influenced us hugely in our daily life. He also instills in us [the importance of being] more optimistic and knowledgeable. His Holiness is very open-minded.”

Dorjee and Wangdan both began their journeys as monks in monasteries lodged in the northern Himalayas. This remote backdrop set the tone for a long life of introspection. With limited access to communication and technology, distractions were few and far between. However, rather than promoting feelings of loneliness and isolation, the Himalayas allowed the monks to have a greater ability to focus on their studies. They quickly learned that being a monk required serious dedication to their education. Yet, up until their time at Emory, much of this learning time was focused on Buddhist philosophy, rather than science.

“In monasteries we mostly dedicate time to study philosophy,” Wangdan said. “We also have one to two hours of studying science.”

After spending two years immersed in Emory’s culture, the monks explained that they now view science in a modern context, which helps them reform traditional beliefs about the proper way to study monastics.

“Our monasteries have been run for 600 years,” Wangdan said. “Adding a [modern] science is hard for the older monks to accept because it might divert your attention [from] studying philosophy. Monks have to become 21st-century monks.”

Unlike many classes at Emory, classes in monasteries revolve around analytical debates in the evenings. After a lecture, monks are expected to debate a topic for hours. Topics include from discussions of morality, finding compassion in people and the definition of “impermanence.” Unlike the typical college classroom debate, these discussions are viewed more as an opportunity for collaboration and are meant to enhance the monks’ critical thinking skills.

“We try to use logic as a debate tool, which helps us study philosophy,” Dorjee explained.

In monasteries, monks place a greater emphasis on the quality of their education, rather than the quantity of topics covered. Dorjee and Wangdan each studied only five courses over a span of 16 years, including philosophy, biology and physics. However, studying the equivalent sciences at Emory necessitated a drastic adjustment.

“The combination of moving to the [United] States, not being in a monastery and taking actual classes with undergraduates adds a whole new level of difficulty,” one of the founders of ESTI and Professor of Pedagogy Arri Eisen said.

Succeeding in Emory’s modern science curriculum is especially difficult for the monks because of their developing English skills. To advance their English, Wangdan said that monks watched Bollywood and English science fiction, as well as action movies in their apartment.

Eisen also meets with the monks weekly to debrief their lessons and coordinate undergraduate student led tutoring sessions for the monks. These sessions are aimed towards clarifying science topics that the monks may have struggled to master. The monks said they enjoyed learning from Emory students and observing American culture. Dorjee also noted that working closely with students helped to bring common misconceptions about the monks to light.

“Everyone thinks we know the answers,” Dorjee said. “We don’t always know.”

In Eisen’s collaboration with the monks, he has also experienced students approaching monks with difficult life questions, expecting the monks to impart deep words of insight.

“Everyone has stereotypes of monks — [that] they’re very wise and meditate all the time,” Eisen said. “[Monks] joke that Emory students come to them for great wisdom and insight. They’re smart people but don’t always solve everyone’s problems.”

In fact, Dorjee and Wangdan are much more similar to your average Emory student than you might think.

“Most weekends, we play soccer at the Clairmont SAAC [Student Activity and Academic Center] [and] we do swimming at the Clairmont pool,” Wangdan said. “The [Emory] Farmers Market is wonderful. Wonderful Wednesday is also interesting, with different interactions between students.”

The monks’ life perspective is probably the largest differentiating factor between them and other Emory students. Dorjee and Wangdan both aspired to become monks since they were children and, unlike many American children who cling to their parents, monks must devote their lives to monasteries early on in order to achieve a greater world perspective. Dorjee said he was especially drawn to becoming a monk after examining the “big purpose” of his life and realizing that the lives of monks “are very happy and peaceful.”

As for the monks’ signature maroon robes, a tradition dating back to the 8th century, and matching maroon memorabilia, they only require an easy visit to the monastery’s clothing store.

“In monasteries, we have a store that makes these clothes for $30,” Dorjee said. “Tailors also know how to make monks’ robes.”

At the end of the semester, the monks will head back to India to implement a 21st-century science curriculum. Dorjee said he is most excited to teach biology. While the monks will return to their homeland with knowledge of the hard sciences, they will leave a legacy of cross-cultural connections and monastic philosophy on Emory’s campus.