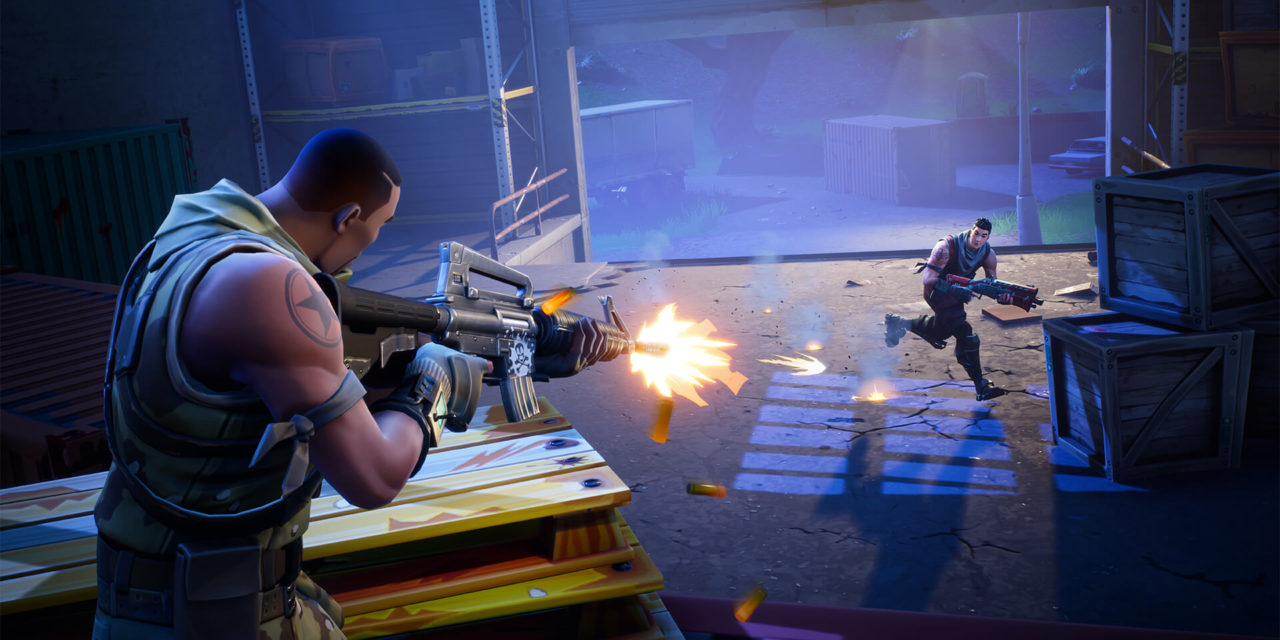 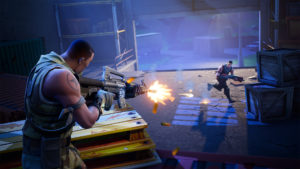 A couple weeks ago, I woke up to a disturbance in the gaming community — “Fortnite Battle Royale” had taken over my friends’ social media feeds, and my favorite YouTubers and streamers had all started playing it seemingly overnight. Although I initially deemed the game overhyped, I succumbed to its allure, which consists of flying buses, popular dance moves and a host of weapons and items.

“Fortnite BR,” released by Epic Games in July 2017, began simply as “Fortnite,” a cooperative survival shooter that incorporated building elements. Soon after, the dominant “battle royale” genre, in which players are thrown into a large map and pitched against each other until only one remains, shot to success. “Players Unknown Battlegrounds” and “H1Z1” became gamer-favorites and their popularity boomed on YouTube, Twitch and in competitive gaming. Epic Games saw the opportunity to transform “Fortnite” into a battle royale game, and released “Fortnite BR” in September 2017.

“Fortnite BR” drops you and your squad (if you choose to play with friends) out of a flying bus at any point of your choosing. Once you arrive at the chosen location, whether it be the popular Tilted Towers or abandoned Haunted Hills, you can loot  — look for weapons, chests and material — buildings, trenches and farms. From there, you fight against the other squads or solo players until you are the last one standing and achieve Victory Royale.

In February 2018, “Fortnite BR” surpassed “Players Unknown Battlegrounds” with 3.4 million concurrent players on PC, Xbox One and PlayStation 4. It shattered Twitch records when popular streamer Tyler “Ninja” Blevins, rappers Drake and Travis Scott and NFL rookie JuJu Smith-Schuster broadcasted to over 500,000 viewers. The game is now so popular that parents are worried about it taking over their children’s lives. Memes about the game run rampant on Instagram and Twitter.

At the forefront of Epic Games’ success is their decision to make the game widely accessible. It is free-to-play and runs on all platforms, including PC, Xbox One, PlayStation 4 and, as of recently, mobile phones. Furthermore, its cross-platform compatibility bridges the gap between friends on different platforms, eliminating the sad disconnect when your friend has an Xbox One but you own a PC.

Additionally Epic Games keeps the lingo appropriate for kids — a weapon that closely resembles an RPG is simply called a Rocket Launcher and another that looks like C4 is named Remote Explosives. Eliminating enemies becomes kid-friendly, yielding no blood, and the cartoon-like animations diminish associations with reality.

However, it is the game’s content that allows it to remain king of the hill. Weapons range from shotguns to rocket launchers; settings can be creepy, urban or rural; and controls are smooth.  Building is easy to learn, and camera angles change perfectly with movement. Epic Games’ inclusion of myriad pop-culture dances, including the dab, worm and Gangnam Style, and a multitude of skins for your online avatar, which vary from astronaut to ninja, allows friends and strangers to laugh together, poke fun and taunt others competitively.

Epic Games developed a color designation for weapons — grey, green, blue, purple, orange and gold — to exhibit the rarity, and thus power, of various weapons. This means that a battle between two players with assault rifles can indeed be unfair, since a player wielding a purple assault rifle has more power than one with a grey assault rifle.

However, this will only cause a noticeable advantage between two players of equal skill. One small, yet vital, factor in “Fortnite BR” is the skill-gap. A player with precise accuracy, superior movement and building tactics and better map knowledge will almost always win a gun battle, even if another player catches him/her off guard. This adds an enticing element for gamers who wish to improve — effort and dedication go a long way in “Fortnite BR” and, more often than not, you will know your fault when you are eliminated.

Granted, tactics that many consider dishonorable, such as the double-pump maneuver, in which players wield two Pump Shotguns and quickly switch between the two to avoid pumping the shotgun, can result in almost instantaneous eliminations. However, Epic Games quickly patched these potentially game-breaking mechanics, further exhibiting their dedication to making the player-base happy. Epic Games clearly wishes to improve upon the mistakes of past developers, such as Infinity Ward, who saw the downfall of “Call of Duty Modern Warfare 2” come with their inability to fix simple problems and unfair tactics.

From quirky dance moves to timely patches, “Fortnite BR” excels in all walks of online gaming. It brings gamers together in a way that no online game has in years and will continue to do so for a long time to come.