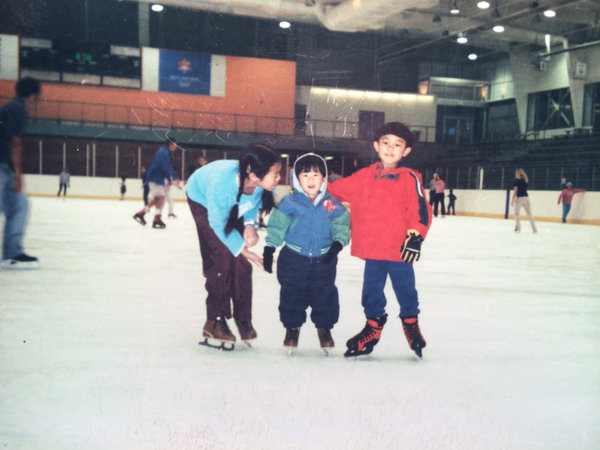 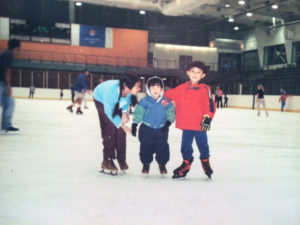 “But hockey skates don’t come in sizes as small as he needed at age 2, so he was put in figure skates,” his sister Alice Chen (12C) wrote in a Feb. 18 email to the Wheel. “The rest is history.”

Nathan Chen, 18, earned a bronze medal in the men’s figure skating team event and finished fifth overall in the men’s individual competition at the 2018 Winter Olympic Games in Pyeongchang, South Korea — but only after he proved himself with a record-breaking six quadruple jumps in the free skate.

Nathan Chen was slated as a definite medal contender prior to the Games, but several stumbles in his first two Olympic performances cast doubts in viewers’ minds. His comeback program — his free skate — stupefied the audience.

“It was definitely redemptive,” Nathan Chen wrote in a Feb. 18 email sent to the Wheel by Alice Chen. “I’m very happy to end my Olympic experience with a long program like that.”

The figure skater saw his first glimpse of Olympic glory when his hometown of Salt Lake City, Utah, hosted the 2002 Winter Olympic Games and his sisters Alice and Janice Chen danced in the opening ceremony.

Despite a 10-year age gap, Alice Chen said she has always been “protective” of her brother, the youngest of five siblings, which made it difficult for her to watch him suffer uncharacteristic mistakes in his first two Olympic performances.

After he nailed the first quadruple flip ever performed in an Olympic event during the team short program Feb. 8, Nathan Chen turned his quadruple toe loop into a double and fell on his triple axel, scoring a disappointing 80.61. Despite the stumble, he managed to place fourth that day but fell to an unsatisfying 17th place during the men’s individual event Feb. 15.

“As a sister, it was hard to watch because my hope for him going into this was just for him to enjoy the experience of being at his first Olympics, regardless of outcome,” Alice Chen wrote. “Getting here alone is an incredible thing that few people are able to accomplish — I wanted him to recognize that and be proud of himself.”

As Alice Chen watched her “baby” brother compete on the world’s biggest stage, she said that she expressed “literally every emotion that exists.”

Those emotions became “excitement, pride [and] this feeling where it’s like your heart is about to burst” when Nathan Chen put blade to ice for the men’s free skate Feb. 16. His roughly 4.5-minute free skate program shattered records as he performed six quadruple jumps — a lutz, two flips, two toe loops and a salchow. He earned a first-place finish in the free skate that afternoon with 215.08 points, scoring almost nine points ahead of No. 2 Yuzuru Hanyu of Japan.

“Everybody in my family texted him immediately, freaking out — all caps, emojis everywhere — and he was so casual about it,” Alice Chen wrote. “He texted the group chat, ‘thanks guys’ — no punctuation, no caps. … But that’s just how he is; he’s humble, and while the rest of us think of him as superhuman, he’s just human.”

Nathan Chen’s seemingly superhuman talents triumphed over a tough grading scale. Figure skating’s International Judging System (IJS) weighs a skill’s difficulty with its execution. Everything from the number of spins a figure skater performs to the position of their leg affects their score.

As a world-class athlete, Nathan Chen’s hectic Olympic schedule did not allow for much time with his family. When he saw Alice Chen and his other siblings between practices, they served as an escape.

“We were sort of a break from everything that comes with being at the Olympics,” Alice Chen wrote.

“He’s at the forefront of evolving figure skating,” Alice Chen wrote. “Obviously we saw the pressure [affect] him in the team event and during the short program in the individual event … When he’d let go of the pressure and the expectations, he was able to skate lights out — and skate for himself.”

Alice Chen majored in English and served as the executive editor of The Emory Wheel her senior year. Her younger brother walks away from the 2018 Winter Olympics with a team bronze medal, the redemptive title of “Quad King” and a family of ferocious supporters.