The Emory baseball team is going full speed ahead into the Statcast era of baseball with the hiring of new Pitching Coach Ryan Mossman. The 23-year-old newcomer said he has plans to take Emory’s pitching staff to the next level using advanced analytics.

Despite having no prior experience in coaching, Mossman fits a growing trend in baseball programs at both the professional and collegiate levels — utilizing physics to more effectively determine players’ strengths and weaknesses.

Mossman said his experience with baseball analytics began when he worked over the summer as an intern at TrackMan, a company that produces the trailblazing technology changing the face of baseball through advanced statistics. Along with the more popularly known Statcast, TrackMan is a force in the growing interest among baseball programs throughout the country in delving into analytics.

Observing a lack of utilization of these groundbreaking mechanisms, Mossman said that he wanted to start coaching to help baseball programs get the most productivity from their athletes.

“I was inspired a while ago after reading ‘Moneyball,’ and what fascinated me was the story about [former Major Leaguer] Scott Hatteberg,” Mossman said. “I wanted to see how many players like Hatteberg were out there, and see how you can use different methods to make a player more valuable.”

Hatteberg’s perceived value rose in the eyes of the Oakland Athletics scouts when they began to reconsider the importance of a player’s on-base percentage (OBP). The Athletics’ strategy soon spread across Major League Baseball (MLB), forever changing how players are evaluated.

Mossman said analytics is a way to better understand the talents of a wide range of players. He pointed to the example of a pitcher’s spin rate, explaining that it could be as significant a variable as a pitcher’s velocity.

“When it came to how to decipher between kids or get the most out of their talent, I started to learn that even though certain guys didn’t have top velocities, their high spin rates could be of just as high a value,” Mossman said.

Mossman took an unconventional path on his way to holding the title of Head Pitching Coach at Emory. He first made his way to Atlanta after he graduated from Shenandoah University (Va.) with a degree in sports management. At Shenandoah, he played as a pitcher on the Division III baseball team.

Mossman worked for Passion City Church in Buckhead, Ga., interning with the church’s production team and record label. While he worked at the church, he had a growing desire to get back into the game of baseball and applied for the position of pitching coach at Emory.

A recent college graduate, Mossman is still finding his identity as a collegiate baseball coach.

“There is a tension between being a friend with these guys and being a coach, that’s something I struggle with on a daily basis,” Mossman said. “I balance this by connecting with them on a personal level, but also I am trying to get the best out of them, so we can compete at the next level.”

One of the members of Mossman’s pitching staff, sophomore pitcher Richard Brereton said that Mossman is helping the staff emphasize certain aspects of the game more than the team has in the past.

“Coach Mossman has highlighted the importance of throwing strikes and making the defense work,” Brereton said. “This hasn’t changed from anything that we have learned, but he is helping us emphasize other aspects of the game.”

Given the complexity of some of Mossman’s analytics, he said that he is working to make his methods usable for his pitchers and the rest of the coaching staff.

“This being my first season, I’m trying to figure out how to blend coaching with all of these analytics,” Mossman said. “If I can make all of this information comprehensible and help the players put this into practice, it will improve our player development.”

Brereton said he’s seen some of Mossman’s techniques in action, noting the high-tech mediums of analyzing the team’s pitchers.

“[Mossman] has had some of our pitchers use an arm sleeve with a tracker in it, called Motus,” Brereton said. “What Motus does is track a pitcher’s every throw. It can track spin rate, arm angle and arm speed. He does this to help us become more consistent.”

After the Eagles split a pair of games against Piedmont College (Ga.) Feb. 3, allowing a total of 16 runs in the two games, the team fell hard to LaGrange College (Ga.) Feb. 6 in a 8-0 defeat, dropping the team’s record to 1-2 on the season.

Emory will have another opportunity to put Mossman’s techniques into practice next weekend in a three-game series against Covenant College (Ga.). The first game will be on the road at Covenant Feb. 9. The two teams will then play a doubleheader at Emory Feb. 10 in the Eagles’ first home games of the 2018 season. 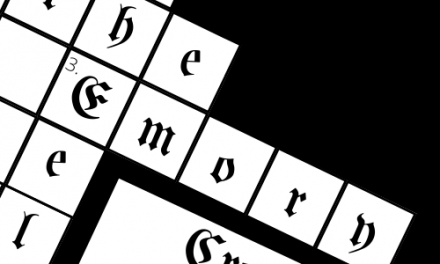