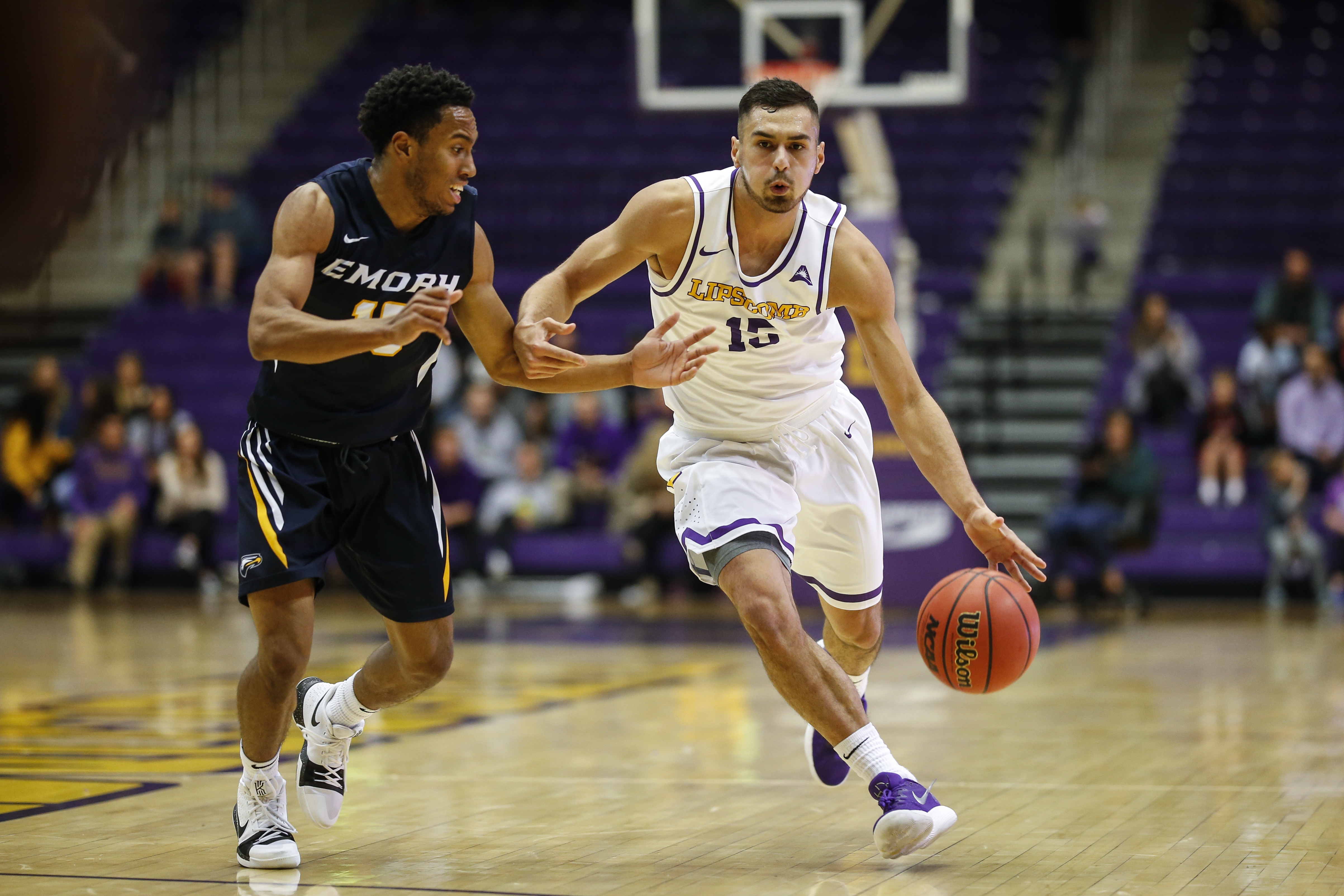 In a preseason poll conducted by the University Athletic Association’s (UAA) coaches, the Emory men’s basketball team was picked to finish No. 2 out of the eight UAA teams this season.

This season, Head Coach Jason Zimmerman will return for his 11th year with the program. Along with Zimmerman, 10 veteran players return, including three key starters in senior forward Adam Gigax, senior guard Whit Rapp and senior forward Christopher Avant. Last year’s team had a 19-8 record and a run in the second round of the NCAA Division III Tournament. Within the UAA, Emory closed out the 2016-2017 regular season with a 9-5 record and made their fifth straight postseason appearance. 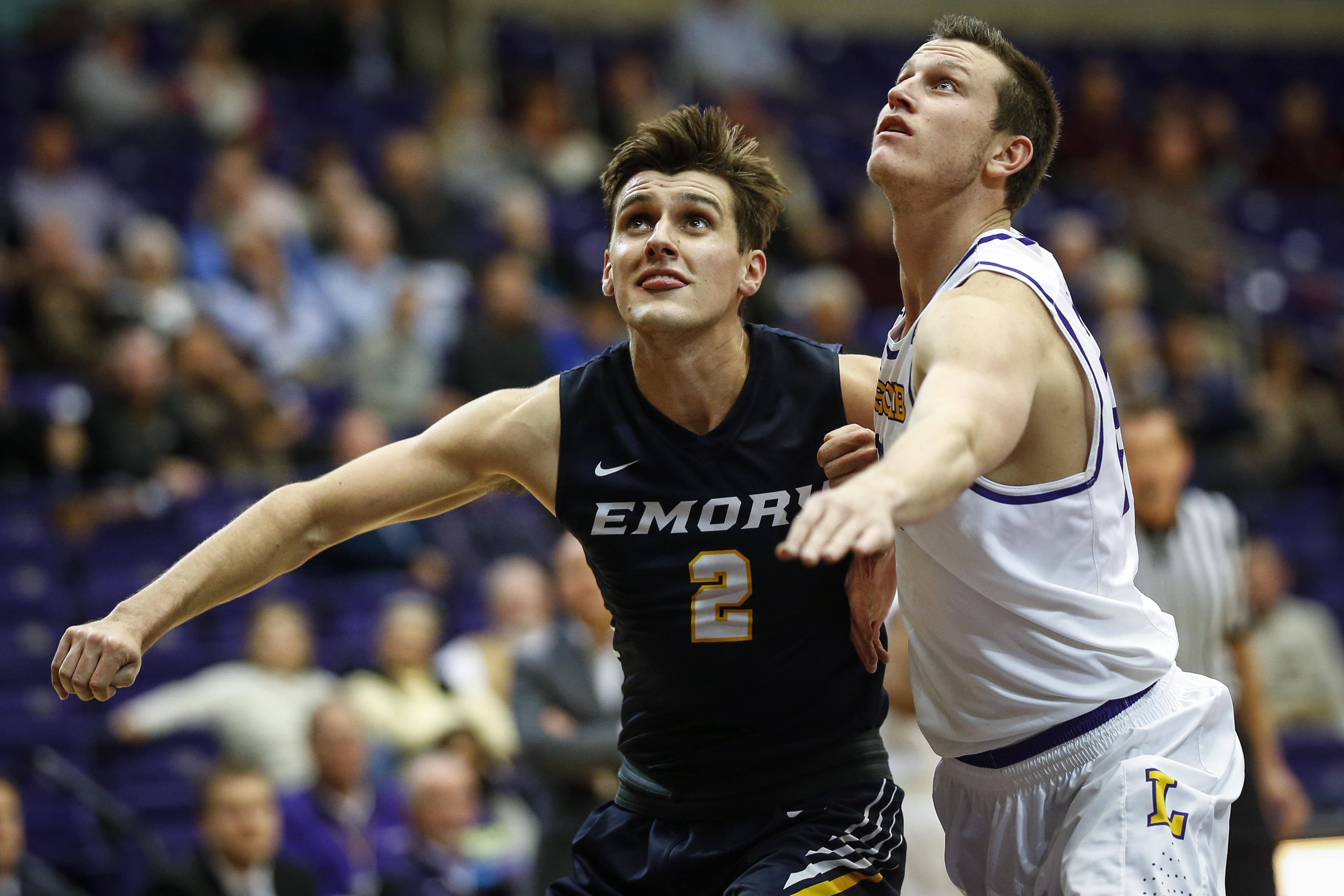 Forward Adam Gigax returns to the court for his final season at Emory. Courtesy of Jamie Gilliam.

Gigax has set major goals for the team this season, including taking back the conference title that has evaded them for the past two years.

“We won it two years ago but we fell back to third last year,” Gigax said. “Me and the other three seniors hope to take it back this year.”

Zimmerman reiterated Gigax’s words but added that winning isn’t the only thing.

“We [also] want to get better, compete to win and enjoy the journey,” Zimmerman said.

Along with Gigax, Rapp returns to lead the Emory offense after dishing out 8.5 assists per game last season, a mark that ranked first in the conference and third nationally. Rapp sent out 10 dimes or more on 10 occasions, and his 4.1 assist to turnover ratio ranked third among all of D-III basketball. He was named to the Honorable Mention All-UAA Team.

Other key members of this year’s squad include Avant and junior guard Gebereal Baitey. Avant averaged 11.6 points and a team high of 6.5 boards per game. Baitey could be in line for a starting role this year after playing key minutes off the bench last season while averaging 6.8 points. Baitey finished strong last year, averaging 11.8 points per game in the final eight games of the season.

“We expect everyone to produce for us,” Zimmerman said. “Everyone has a new role. We lost four great seniors last years. And it’s now a new team. Who takes place of those guys? Every team is different … We have experience and it takes working together to be able to play well.”

Unfortunately for the Eagles, the preseason buzz did not result in a victory against D-I opponent Lipscomb. The game, which aired on ESPN3, ended with a score of 98-83 in favor of Lipscomb.

Bisons junior guard Garrison Mathews and junior forward Rob Marberry led the Bisons to pull away from the Eagles after a tight first half.

Although it was not the result that the Eagles wanted, Gigax take some positives away from the game.

“Throughout the game, we fought back multiple times and tied it up at the end too,” Gigax said. “A lot of guys stepped up including [many of] the freshmen. We have a lot of depth and one of our positives is our versatility.”

The Eagles hope to get back on track as they begin the regular season campaign against Piedmont College (Ga.) at home Nov. 15.

“[We’re] as ready as we can be,” Zimmerman said about the upcoming Piedmont game. “[We] get to play at home which is great. We’re looking forward to play in front of Emory and the community.”