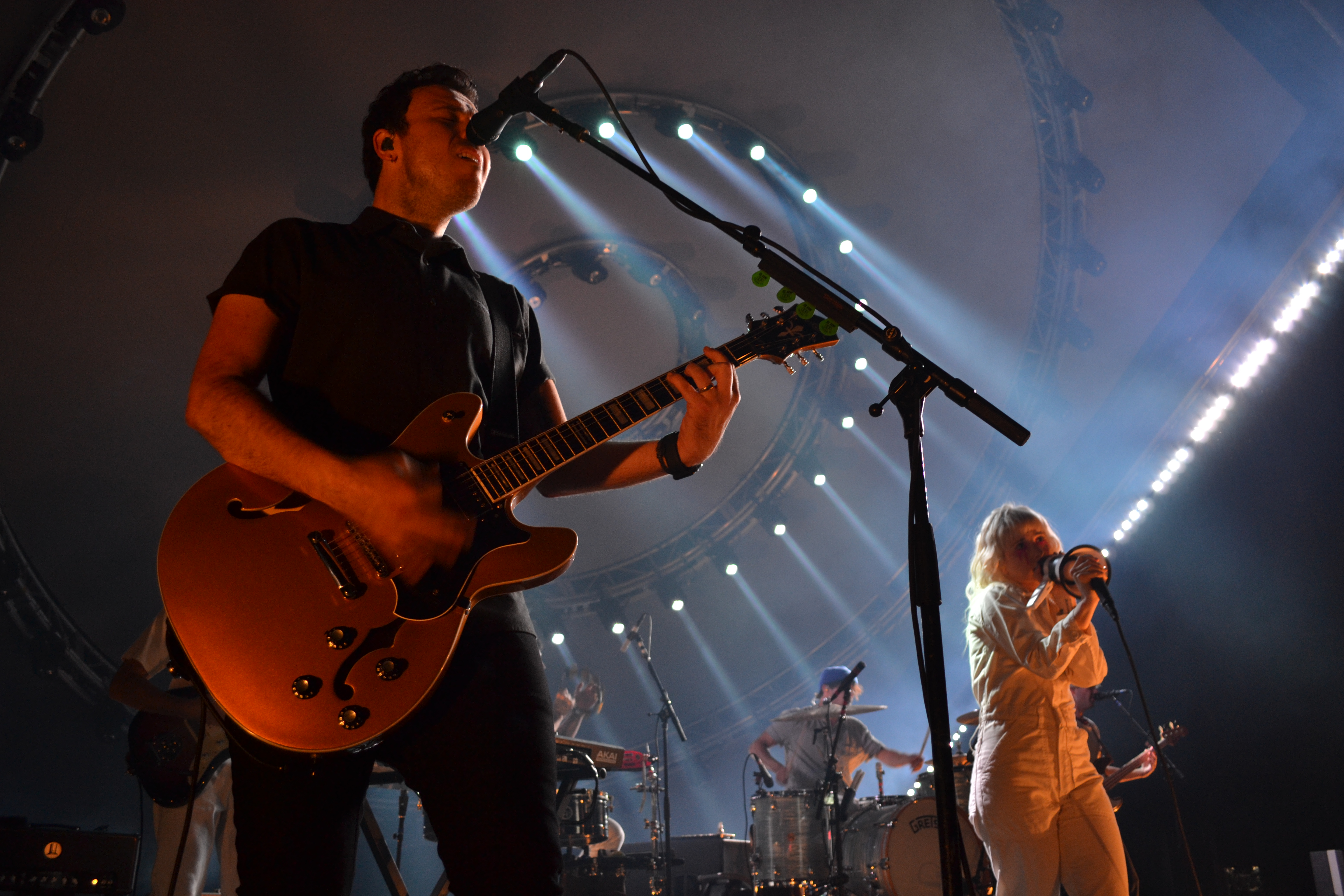 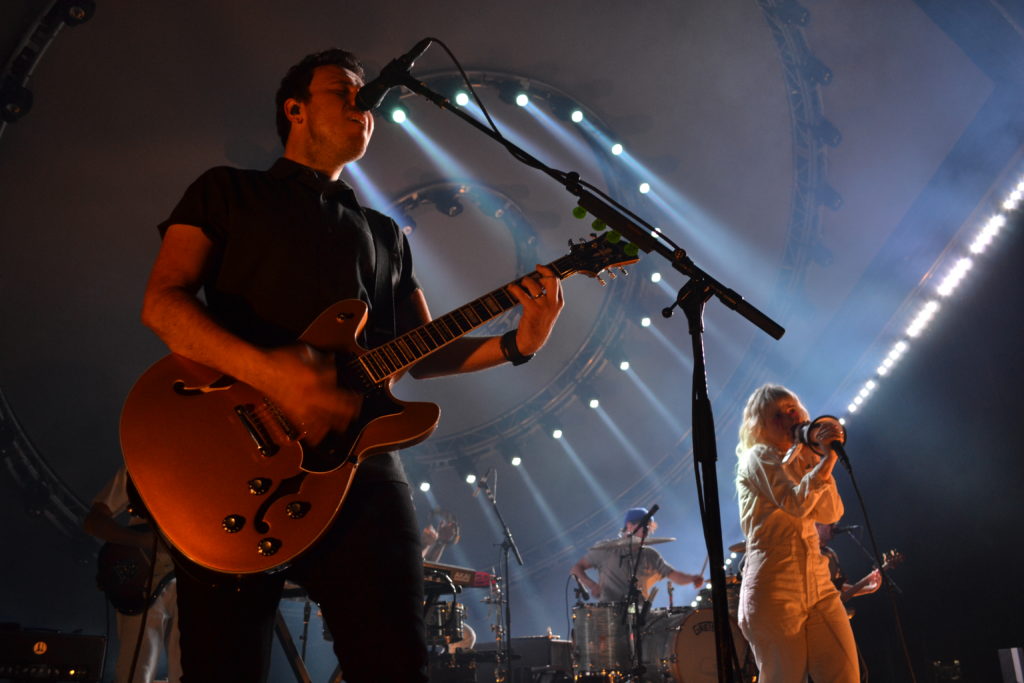 “One thing we promise ourselves is that if we cry hard, we’re gonna dance harder,” Paramore frontwoman and lead singer Hayley Williams told the audience after singing the emotional acoustic ballad “26.” Those words set the mood for the entire night.

Paramore played a sold-out show at the iconic Fox Theatre in Midtown Atlanta Oct. 2, only one day after 59 people were killed in Las Vegas listening to country music at the Route 91 Harvest music festival. Paramore acknowledged the tragedy and dedicated the night to those who lost their lives listening to music. The band stopped in Atlanta as a part of their “Tour Two,” which they embarked on after the release of their fifth studio album “After Laughter” in 2017. The bright colors of the album cover and the pop melodies and funky synths of their new music intentionally juxtapose lyrical themes that dig deep into darker human emotions.

Unlike most early-2000s bands, Paramore has maintained its position on charts with “After Laughter” being their third top 10 on the US Billboard 200, and continues to sell out venues across the country. Since the departure of cofounders Josh and Zac Farro in 2010 and the release of the band’s self-titled album in 2013, they’ve resiliently reinvented themselves. Even in the face of several member changes, Paramore continues to make music that pushes creative boundaries. Shifting far from the head-banging days of their early music, they are fully embracing pop music with lyrics that are powerful and well-written.

Paramore opened its set with “Hard Times,” the lead single from their most recent album. As the only original member that has remained with Paramore throughout its 13-year journey, Williams immediately looked comfortable on stage. She was surrounded by four guitarists and two percussionists: Zac Farro on drums, Taylor York on lead guitar, Justin York on rhythm guitar, Joey Howard on bass guitar, Logan MacKenzie on rhythm guitar and keyboards and Joseph Mullen on percussion— all men. Zac Farro, the band’s original drummer, rejoined just this year as the official drummer of the band. The crowd’s eyes followed Williams as she bounced from one side of the stage to the other, while the other members seemed to fade into the background.

Williams rocked an all-white jumpsuit with platinum hair, which enhanced her stage presence, a contrast to the warm, effervescent feel of the band’s new music. Williams’ vocal range spans four octaves, and she utilizes her impressive range to add charisma and emotion to all of Paramore’s songs, whether boisterous pop-punk tracks or newer, funkier songs.

In addition to Williams’ presence, the lighting and visuals, which included a circular platform suspended above the stage, were art all on their own. The platform was covered by screens in the shape of a target with lights that covered the diameter of the largest circle. The colors and images matched the mood of the song, with songs from the new album matched with a vibrant and neon background show.

The set list put more emphasis on the new songs from “After Laughter,” but the band still played their arsenal of big hits. The loudest reactions from the crowd came from their Top 40 crossover hits like “Ain’t it Fun” and “Still Into You,” as well as old favorites like “That’s What You Get” and “Misery Business.” New songs like “Told You So,” “Forgiveness” and “Rose-Colored Boy” had a thought-provoking duality to them. Despite the rhythmic ’80s synth-pop and Williams’ energetic performance, the lyrics were heavy, including lines about addressing mental health, battling hard times and dealing with moments of uncertainty. For example, “Fake Happy” is a bouncy pop-rock song but carries brutally honest lyrics about pretending to be happy, exclaiming “You see it’s easy when I’m stomping on a beat / But no one sees me when I crawl back underneath / If I smile with my teeth / Bet you believe me.”

Halfway through the night, all members but Willams and one guitarist left the stage for one song: “26,” an acoustic ballad about maintaining hope and the need to dream. “It’s extremely hard to find words tonight,” Williams said, referencing the Las Vegas massacre. “I like that shows. and specifically our shows, are places where we can forget reality because we so desperately need it … I don’t feel right if I don’t say that I hope we can have a responsible and compassionate conversation about gun reform.” The crowd responded enthusiastically to her statement with cheers and applause. As Williams’ played the song, the feeling in the room was tangible — everybody was quiet and reflective, but we were together as one.

Toward the end of the set, Williams told the crowd that it was the 10-year anniversary of the band’s double-platinum sophomore album, “Riot!” which helped define the pop-punk era. The album’s lead single, “Misery Business,” is by far one of Paramore’s most popular and loved songs. So the band did something special for this song and brought three fans on stage. People from the back of the venue started rushing to the front as Williams looked into the crowd to try to find the right three people. She picked three people who jumped onto stage with her, looking like one big family and passionately singing into the microphone with the rest of the crowd.

Paramore’s music does not shy away from tackling the issues in the members’ personal lives, forging a connection to fans that understand and are able to relate the lyrics to their own lives. William’s message that night was that we all might have different problems in our lives, but we are united by music. In the face of tragedy, a room full of strangers came together to honor the lives that were lost in the Las Vegas massacre and to celebrate our love for Paramore and their music. 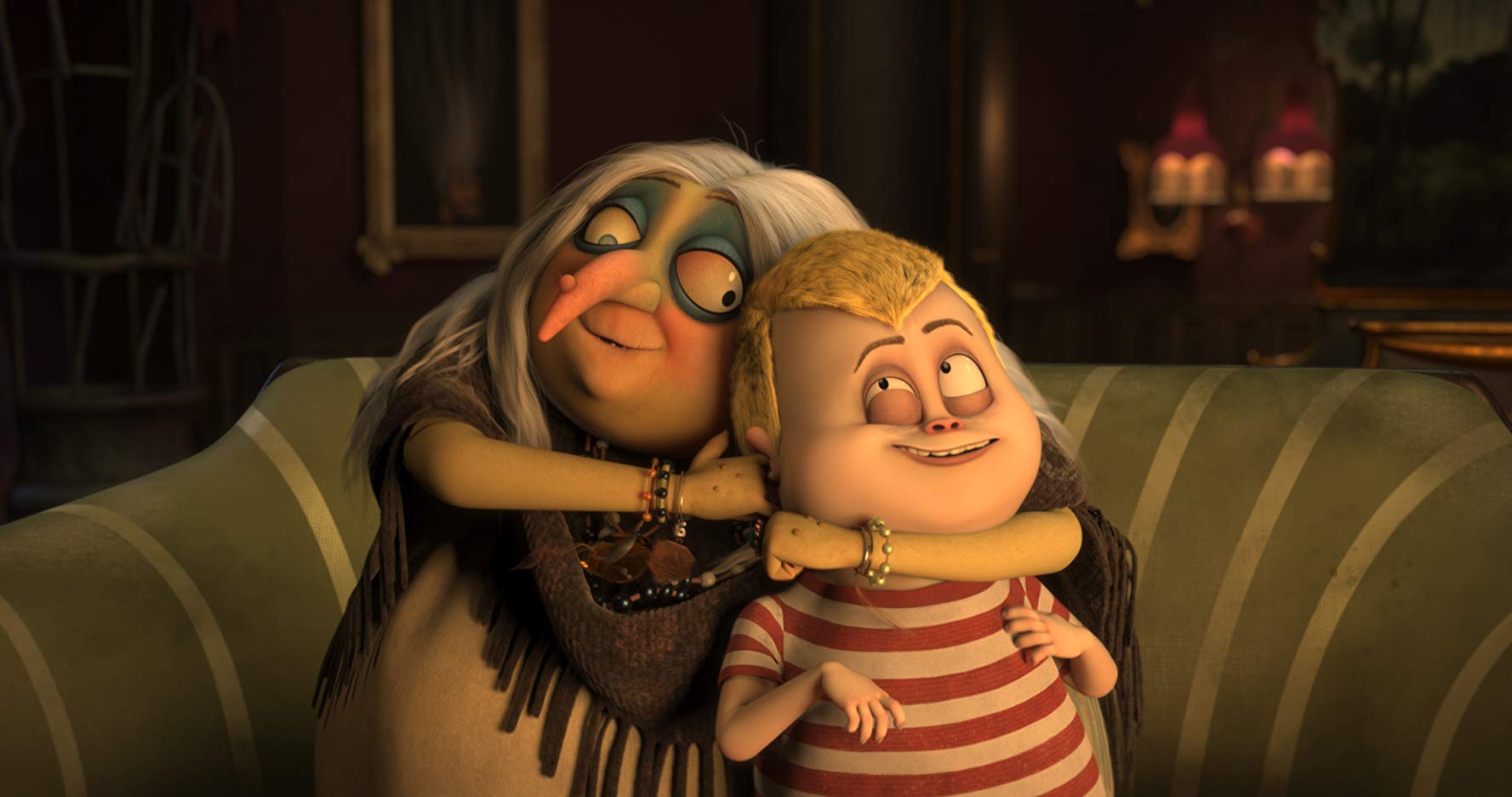 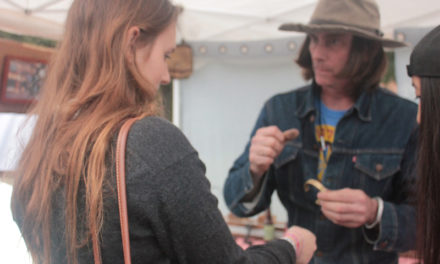