Despite lineup changes as a result of various injuries, Emory’s volleyball team returned home with two victories Oct. 22 with a 21-5 record.

The Eagles began Sunday with a swift victory over Hendrix College (Ark.) 3-0 before fighting their way to a 3-2 win over Birmingham-Southern College (Ala.).

“This was a different type of week for us because it was so unusual for us to just play on Sunday, but it’s one of those things that’s different but also good,” Head Coach Jenny McDowell said.
Playing solely at the tail end of the weekend made for a quick turnaround between games but allowed the team more time to make adjustments.

Nevertheless, the team readjusted and conquered the competition without the help of some key players.

Junior right side and setter Carly Saitman stepped up and maintained a .556 kill percentage in the Hendrix match, and freshman right side Leah Saunders posted 22 total attacks.

“Barzdukas is an incredibly hard worker … and was really a difference maker this weekend,” McDowell said.

The two teams went back and forth. Emory won the first, third and fifth match, and Birmingham-Southern won the second and fourth matches. During the game, sophomore defensive specialist Elyse Thompson made an Emory volleyball record of 38 digs within the 5 sets. This was Thompson’s fourth time making more than 30 digs in a game this season.

In the final set, the Eagles, down 12-14, fought against immense pressure and defended against two consecutive match points from Birmingham-Southern. Through the combination of blocks from Saitman and Saunders, serves from Thompson and kills from sophomore outside hitter Sara Carr, the Eagles won four consecutive points, winning the final match 16-14.

The team has been steadily working in practice at improving the mental game, key aspects to Sunday’s wins, according to Carr.

“We ended up staying mentally tough,” Carr said. “Our theme has been to focus on finishing.”

In practices, McDowell stressed two strategies for mental toughness. First, she told players to focus on what occurs on Emory’s side of the net. While they can’t control how the opposing team receives or hits a ball, they can focus on every player and every moment of contact on their end. Second, McDowell used the phrase “love the 20s” to put emphasis on finishing the last five points of every game with the best level of play possible.

“This coming weekend is really big for us, as these are our last matches before [the University Athletic Association (UAA) Championship],” Carr said. “It’s [also] our senior weekend, so we’re excited to celebrate [senior captain and setter Hannah Billings].”

Carr hopes that with the excitement of senior weekend, a loud crowd and a home court advantage, the team will be able to pick up four more victories before heading to the UAA Championship in November. 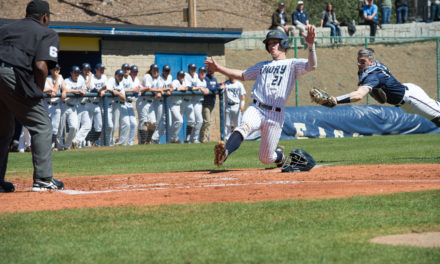 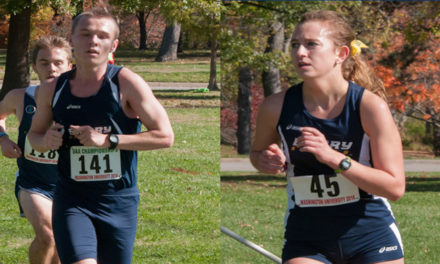 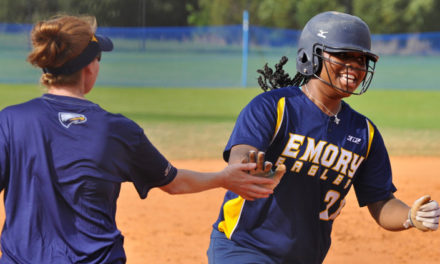