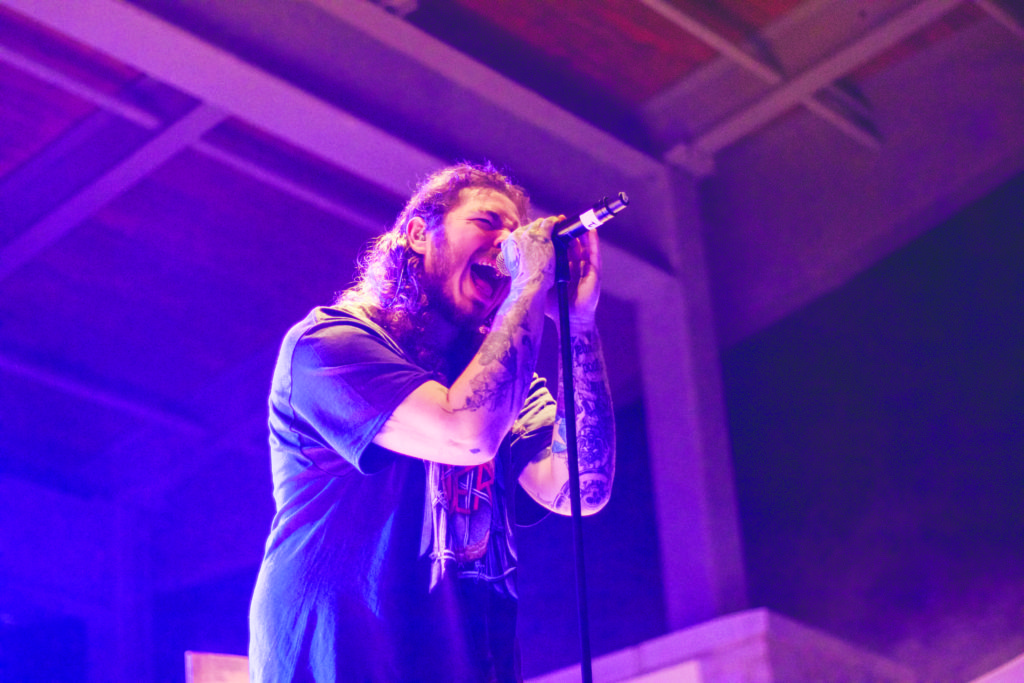 Due to rapper Post Malone’s popularity, some students listened to his Homecoming Ball performance from outside of McDonough Field, which reached maximum capacity.

“From my experience this has never happened before, and we were delighted that we had high attendance,” Ezzat said.

Emily Siegel (18C) said that when she arrived at McDonough Field at about 10:20 p.m., she and at least 20 other students were denied entry, with Emory Police Department (EPD) officers telling the crowd outside the gates that the concert had reached maximum capacity.

Siegel said that EPD initially told students to watch the performance from across the street, but eventually let the group watch from outside the field behind barricades. After one student pushed the barricades in an attempt to rush onto the field, police spent the duration of the performance circling around the students in an attempt to ensure that nobody else would try to break in, according to Siegel.

For the first time, graduate students had to pay for tickets to the Homecoming Ball due to the Graduate School Government Association (GSGA)/Student Government Association (SGA) split. A total of 100 tickets were available and sold to graduate students, according to Ezzat. GSGA subsidized 50 tickets that were sold for $12, and another 50 tickets that were sold for $16.

Post Malone came onstage at about 10:15 p.m. Friday, Oct. 20, forgoing a traditional greeting to say “rest in peace” to the victims of the Las Vegas shooting, rapper Bankroll Fresh, hip-hop executive A$AP Yams and singer Tom Petty before opening with “Too Young,” the second single off  his debut studio album “Stoney.”

The Plain White T’s performed for about one hour, beginning their set with 2015 single “Pause” before performing platinum singles, “1, 2, 3, 4” and closing with “Hey There Delilah” and “Rhythm of Love.”

The Homecoming Concert was more family-friendly, with various fairground rides and refreshments set up. At various points throughout the performance, Plain White T’s lead singer Tom Higgenson waved to children in the audience. In contrast, Post Malone encouraged attendees to enjoy their recreational drugs of choice.

“This is the first concert I’ve gone to as a senior and I was highly pleased,” Ascona said.

“We hope that SPC finds more artists like this because this was the best concert we’ve been to at Emory,” Veeraghanta said.

Emory alumna Sonal Mathur (17C) said the Homecoming Concert was a good opportunity to revisit Emory and her younger years.

“It was just a nice throwback to old music I used to listen to before … [and reminds me of] good times,” Mathur said.