Words do not seem like the appropriate means with which to describe the film “Mother!”. Director Darren Aronofsky (“Requiem for a Dream,” “Black Swan”) defies typical genre tropes and swings for the fences with this spellbinding cinematic experience. The film will lure you in, shock, disturb and ultimately puzzle you. Though it may even be a bit too confusing, “Mother!” is worth a watch for its stellar performances, unique film style and intriguing storyline.

The film drops viewers into the life of a mysterious couple, portrayed by Oscar winners Jennifer Lawrence and Javier Bardem. Bardem’s Him is a poet struggling on his next work, while Lawrence’s Mother is a housewife working on home renovations. Their relationship is noticeably troubled (as is shown by their tense interactions), and it grows even more so when two strange guests, Man (Ed Harris) and Woman (Michelle Pfeiffer), suddenly come knocking on their door. What follows is a series of odd encounters, culminating in a third act that features non-stop action, unsettling imagery and absolute mayhem.

Aronofsky assembled an all-star cast for “Mother!” and each actor contributes a memorable performance. Lawrence anchors the movie as the protagonist. Her character is abused by Bardem’s throughout the film, and Lawrence brilliantly depicts misery while still exhibiting the character’s subdued, sympathetic nature. While she isn’t given much to work with outside of obedient, miserable maiden, Lawrence makes the most of her role. As Lawrence’s husband, Bardem toes the line perfectly between terrifying and alluring, and Harris, Pfeiffer and Domhnall Gleeson put on phenomenal performances as their creepy houseguests.

Much of the advertising for the film portrayed “Mother!” as a classic horror flick, but those seeking a scare may leave the film disappointed — there are only a few intense scenes and jump scares. The film is more of a psychological thriller, shocking the audience at some moments and messing with viewers’ minds during others. By getting inside the viewer’s head, Aronofsky ensures that the audience doesn’t know what to expect next. There is not a single lull in the drama.

One of the ways Aronofsky boosts the film’s excitement is through fantastic sound editing. Aronofsky ditches a score or soundtrack like traditional films and instead relies on the organic sounds of the couple’s house. Instead of using suspenseful music to cue the next event, a door will creak open or water will splash in the sink from an unknown area of the house. This makes the viewers feel like they are in the house with the characters, building tension and contributing to an eerie tone. This makes for a compelling setting and keeps viewers on the edge of their seats, waiting for a payoff.

A payoff does arrive, though not quite as some viewers would like it to. This is perhaps the most controversial aspect of “Mother!” The third act is a series of crazy, otherworldly events that will have you scouring for answers that do not come. The film ends rather abruptly with a series of loose ends. While some may be dissatisfied by this, it leaves the film open for interpretation. Where did the guests come from? What does Bardem’s character write about? What is the yellow liquid that Lawrence’s character drinks?

Theories regarding “Mother!” and the metaphors it may present currently flood the internet, giving the film instant rewatch value. While the movie may baffle some, its strong performances, ambition and the non-stop intrigue are due appreciation. 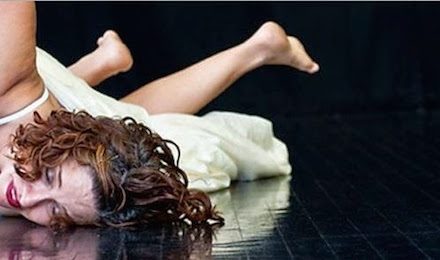 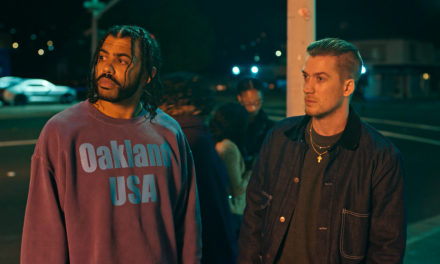 The Mediocre ‘Home Again’ Has Its Pleasures