The Dangers of Delineating Free Speech

I never thought I would actually have to write a defense of free speech. But two weeks ago, Emory Law student Jonathan Hamrick wrote an op-ed that broke new ground for Emory’s far left by suggesting that we, as a country, should quit including hate speech in the framework of free speech. No wonder I always balk when Republicans are called fascists.

It remains uncontroversial that in the U.S. Constitution hate speech is covered by the first amendment. As such, this op-ed, like his, will largely focus on the philosophical groundwork for free speech. My opinion is the (formerly) liberal one: that all speech not akin to direct threats, including the most backward, regressive and offensive, should be protected under all circumstances.

Hamrick proposed a bright-line test for identifying hate speech, apparently unaware of the irony inherent to his own argument. The definition provided — and any other bright-line test imaginable – would proscribe much of the rhetoric denouncing neo-Nazis — the very group whose speech Hamrick set out to limit. A bright-line test is simply incompatible with any semblance of justice.

This is no reductio ad absurdum; take, for instance, Senate Majority Leader Mitch McConnell (R-Ky.)’s tweet from a month ago: “There are no good neo-Nazis.” McConnell’s tweet meets the requirements for Hamrick’s bright-line test. The tweet was speech that attacked a group of people — neo-Nazis — on the basis of their attributes — white supremacy. Political ideology is no less inherent to a person’s sense of self than his religion; they are often people’s most fundamental normative beliefs. Indeed, there is a case to be made that such rhetoric constitutes hate speech.

If you’re not convinced, imagine if McConnell had tweeted, “There are no good Muslims.” This is mutatis mutandis, an identical statement, yet one statement would be roundly criticized as hate speech, the other as patriotism. Both Islam and neo-Nazism, or any religion or ideology, are belief systems that are fundamental to people’s self-image. The line of demarcation between a religion and an ideology is arbitrary. Thus, at the most fundamental level, there is only one difference between saying “There are no good neo-Nazis,” and “There are no good Muslims”; choosing to practice Islam falls within the prevailing moral norms of our time, while practicing white supremacy does not.

I am not saying that these social norms are misguided — they aren’t. Only that they are the basis for our corresponding reactions to each statement. We should have two very different reactions to each: one is repulsive, while the other is invigorating. Per Hamrick’s own definition, though, we should act swiftly to criminalize such hateful dialogue from occurring in both circumstances.

The only way to reconcile this contradiction is to classify hate speech per contemporary prevailing morality, which is what has been done in Europe. This is no longer compatible with any bright-line test.

However, if we subject hate speech only to our own contemporary norms, two problems arise: first, that we must appoint some arbiter to determine which hate speech is acceptable and which is not, and second, that hate speech impedes moral progress.

The problem with electing a moral arbiter is obvious. In the words of Supreme Court Justice John Marshall Harlan II, “one man’s vulgarity is another’s lyric.” Huge swaths of the population would contend that members of Black Lives Matter promote hate speech against police officers; surely, we do not intend to limit the speech of the Black Lives Matter movement. Others argue that the members of the Tea Party promote hate speech against minorities; surely, most of the country outside the borders of this campus does not intend to limit the speech of the Tea Party.

Undoubtedly, each group has some noxious members. Black Lives Matter has a man who killed five police officers in Dallas; the Tea Party has, well, Sarah Palin; and Representative Louie Gohmert (R-Texas) who equated homosexuality with bestiality in 2009.

It just so happens that one group is popular on Emory’s campus, while the other is not. It also happens that the other group is quite popular in small-town America, while the one is not. But for either group to foist their moral preconceptions on the other, whether by limiting the rights of Black Lives Matter or the Tea Party, is as fascist and unproductive as it gets.

Any authority we establish would, by the stroke of his pen, alienate huge portions of this country, based on some arbitrary metric.

This problem lunges towards the second: that outlawing any speech impedes moral progress. There is no doubt that our country has gotten so far in so little time through open dialogue.

The only way for good ideas to spread is for bad ones to perish; but the vilest of our ideas flourish in the recesses of our homes and wither only in the marketplace of ideas.

Imagine if we outlawed the deplorable rhetoric from the “Unite the Right” rally in Charlottesville, Va.: instead of prompting urgent discussions of race in every corner of the country, some members of the population would be harboring their racist inclinations in the privacy of their own homes, passing them onto their children and avoiding public scrutiny.

The Charlottesville protests may have been unproductive and violent, but the dialogue they promoted was not. If there is any silver lining to what happened last month, it has been the degree to which this country has been consumed by the important questions of race. The way to change the hearts and minds of those protestors is not by disallowing their speech, forcing their backwards ideas to fester away in the oikos, where those ideas will proliferate from generation to generation; it is by forcing them to speak out in the polis and answer for their ideas.

Maybe the protesters in Charlottesville — and the many others like them in this country — are lost causes. But their children are not. Only through public discourse will future generations see how little product their parents can actually offer and how regressive bigotry of any form can be.

Grant Osborn is a College junior from Springfield, Ohio.

grant.osborn@emory.edu | Grant Osborn (19C) is from Springfield, Ohio, majoring in philosophy. He has been involved with the Wheel since his sophomore year. Outside the Wheel, he plays rugby and is an active member of the mock trial team. He is abroad Spring 2018.

grant.osborn@emory.edu | Grant Osborn (19C) is from Springfield, Ohio, majoring in philosophy. He has been involved with the Wheel since his sophomore year. Outside the Wheel, he plays rugby and is an active member of the mock trial team. He is abroad Spring 2018. 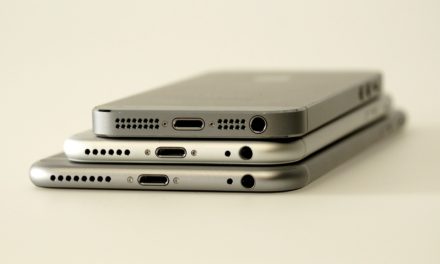 Slack and Teams Are Slowly Killing Us

Buzzed: How shaving my head made me let go