On Fire | Lessons in Greatness

It is a rare occurrence that I, your On Fire correspondent, am able to report to you with such glee. Few things bring me more joy than reminders of my own superiority, and this week gifted me with that and more. From Pepsi’s absolute humiliation to a glowing review from my favorite Emory-funded student publication, there is more than enough to celebrate after this fantastic series of events.

This past week has been one of the most historic in the Great Cola Wars. I had no idea it was possible for Coke to get any better, but then Pepsi proved me wrong. As the Coca Cola university, we at Emory have long known of our superiority, or, er, how much better Coke is than Pepsi. Now, we have the evidence to prove it.

It all started when it was announced that Coca Cola was replacing Pepsi as the official soft drink of Major League Baseball (MLB). Yes, the MLB has been living under the dark shroud of Pepsi’s disgusting shadow, but the blue reign of terror has officially come to an end. Many claimed that the Chicago Cubs’ victory in the World Series last year would bring an end to the team’s curse, but little did we know that the Cubs’ victory would also lift the curse of Pepsi’s slightly-too-sugary-than-desirable residue from the MLB’s official lips.

But wait, there’s more. April 4, Pepsi released an ad they hoped would “capture the spirit and actions of those people that jump into every moment.” In the end, it captured little more than these hands.

In their defense, a commercial built around the notion of someone trying to give their Pepsi away makes sense. But seriously, who was going to believe that this transaction was going to make anyone happy? Completely unrealistic.

Obviously, Pepsi fooled no one with this nonsense. Anyone who ever tried to share a Pepsi knows of its terrible tendency to tear friendships apart. Fortunately for Pepsi, your On Fire correspondent has a feeling that a new partnership with United Airlines could be a match made in heaven.

The Spoke Speaks Out

Not that your On Fire correspondent needs any sort of validation, but it is always a pleasure receiving support from adoring fans. In an article praising the Wheel’s impressive persuasive skills, the Wheel’s No. 1 fan, The Emory Spoke, claimed that “in reality, the Sports section is the most respectable and substantive portion of the paper.” Your On Fire correspondent would like to point out that Sports is better described as phenomenal or breathtaking, but I acknowledge the support. Satirical compliments are my favorite, and it is with that in mind that I praise the Spoke for standing by its unerring faith in the Wheel’s outstanding quality. 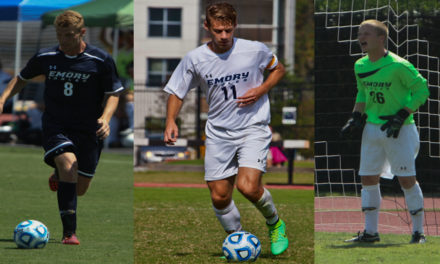