‘The Boss Baby’ is Mildly Entertaining 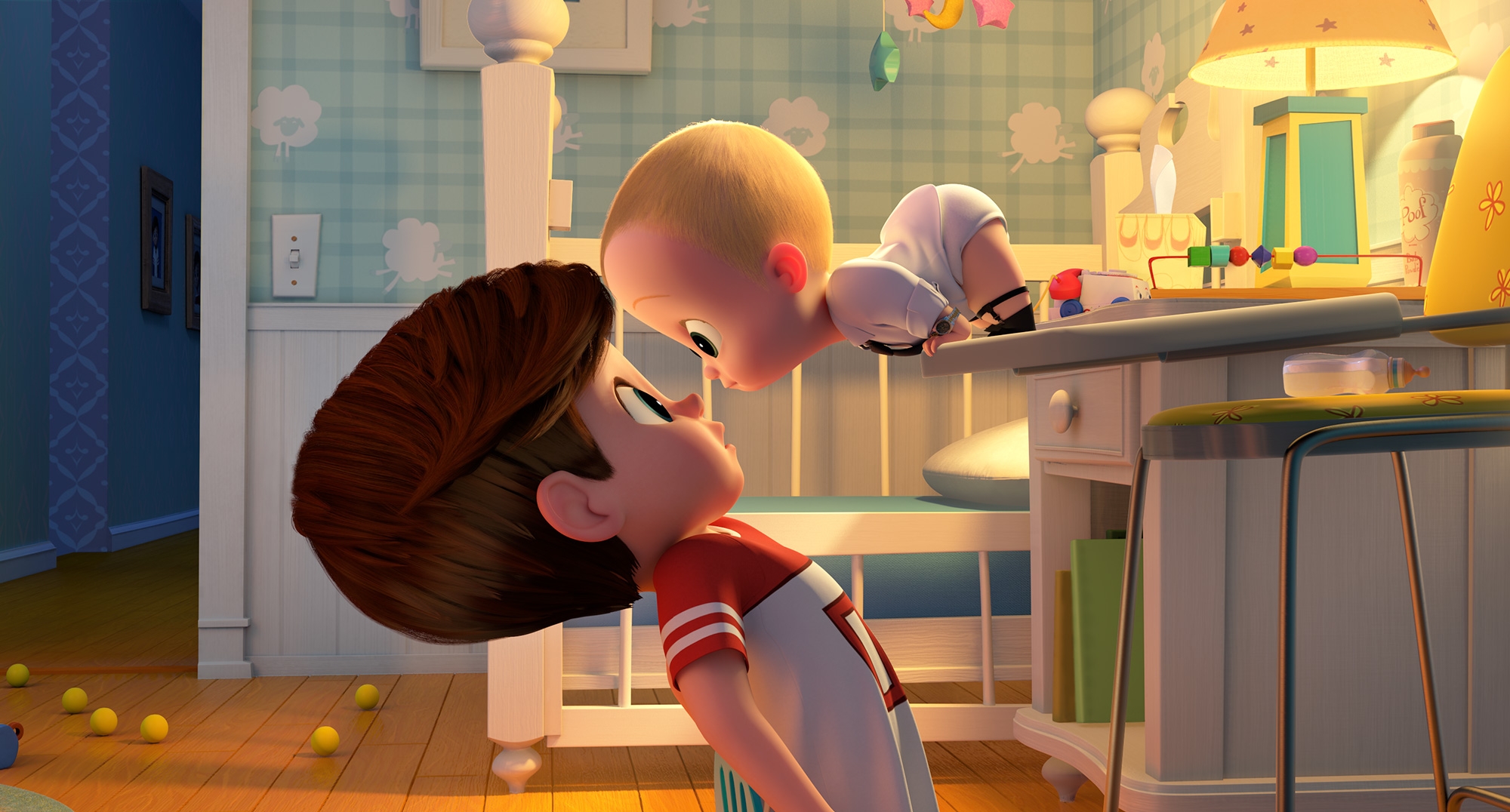 From its trailer alone, I had low expectations for The Boss Baby. A film about a baby who acts like a corporate boss with a suit and a briefcase? It can’t get any more ridiculous than that. Suffice to say, The Boss Baby did not exceed expectations, but it was not as horrible as I predicted.

The Boss Baby follows a baby, voiced by Alec Baldwin, who is sent down from corporate baby heaven to infiltrate a family and capture top secret information on babies’ most threatening competition for love from people: puppies. He enters the household of protagonist Tim Templeton (voiced by Miles Christopher Bakshi) disguised as an innocent baby, and is instantly beloved by Tim’s mom and dad, Janice and Ted Templeton, voiced respectively by Lisa Kudrow and Jimmy Kimmel. Tim finds himself competing with the baby for his parents’ love, but soon discovers that the baby can talk and tries to convince his parents of the baby’s abnormalities. However, while fighting, Tim and the baby unexpectedly become partners in crime, as they attempt to discover the secret formula for a new puppy breed being created by Puppy Co.’s CEO Francis E. Francis (Steve Buscemi), who seeks to drive out the babies and monopolize the affection of parents across the world.

I was surprised to discover the number of quality actors involved in this movie: Alec Baldwin, Lisa Kudrow and Jimmy Kimmel . As expected, they all gave good performances despite the quality of their roles and dialogue. The vocal delivery follows the style of most animated films: somewhat over-emphasized and peppy; Kudrow and Kimmel’s vocal delivery is especially stilted as they struggle to keep up with the demands of a newborn baby. I can imagine it would be difficult to breathe life into the flat dialogue, which explains why even actors of their caliber couldn’t stand up to the challenge.

The Boss Baby’s animations were just as flat as the voiceovers. The animation style is outdated, almost two-dimensional in comparison to the lifelike animation we’ve seen in other recent films like Moana or Zootopia. Strands of hair were glazed over helmet heads,  whose exaggerated facial proportions were distracting and poorly depicted. Similarly, the set was void of finer details, both in brush strokes and background objects, which would have enhanced the animation’s realism. In one scene, pictures of real life puppies are shown as the baby holds a secret meeting to show his cohorts the target. This juxtaposition of photographs with animation emphasized the film’s poor quality.

Like the animation, the plot seemed to fit better with a shorter, lower budget film. Save a few bizarre, complex subplots, the main plot was overly simplistic. The idea of a heaven run by corporate babies was the only original plot point, and a very unexplored one at that. Why is heaven run by babies? Why did the baby choose Tim’s family to infiltrate? How was the baby born knowing how to talk and ‘having gone to business school?’

However, the plot did have some redeemable qualities. Although a banal concept, The Boss Baby preaches the importance of family, as Tim and the baby learn to love each other throughout their adventures. The film also had its funny moments, such as the scene where, while Tim and the baby are perceiving their struggle as an epic crusae, their “battle” is just a mundane scene of two children playing in the backyard. At best, the overall plot can be described as ‘cute.’

One thing that really irked me about The Boss Baby is the soundtrack, which includes some classics like “Blackbird” by The Beatles. The film deeply integrates this song into the film, as the Mom and Dad sing it to Tim at bedtime and Tim sings it to himself in times of sorrow. I found Jimmy Kimmel and crew’s rendition of the song to be particularly grating — the song deals with such heavy themes that it seems wrong for a movie about animated babies.

I cannot imagine which producers in Hollywood thought The Boss Baby would be a good idea, let alone who gave it a large enough budget to hire such renowned actors like Alec Baldwin and Tobey Maguire. The plot kept me mildly entertained, but not enough to recommend spending $10 to see it in theaters.