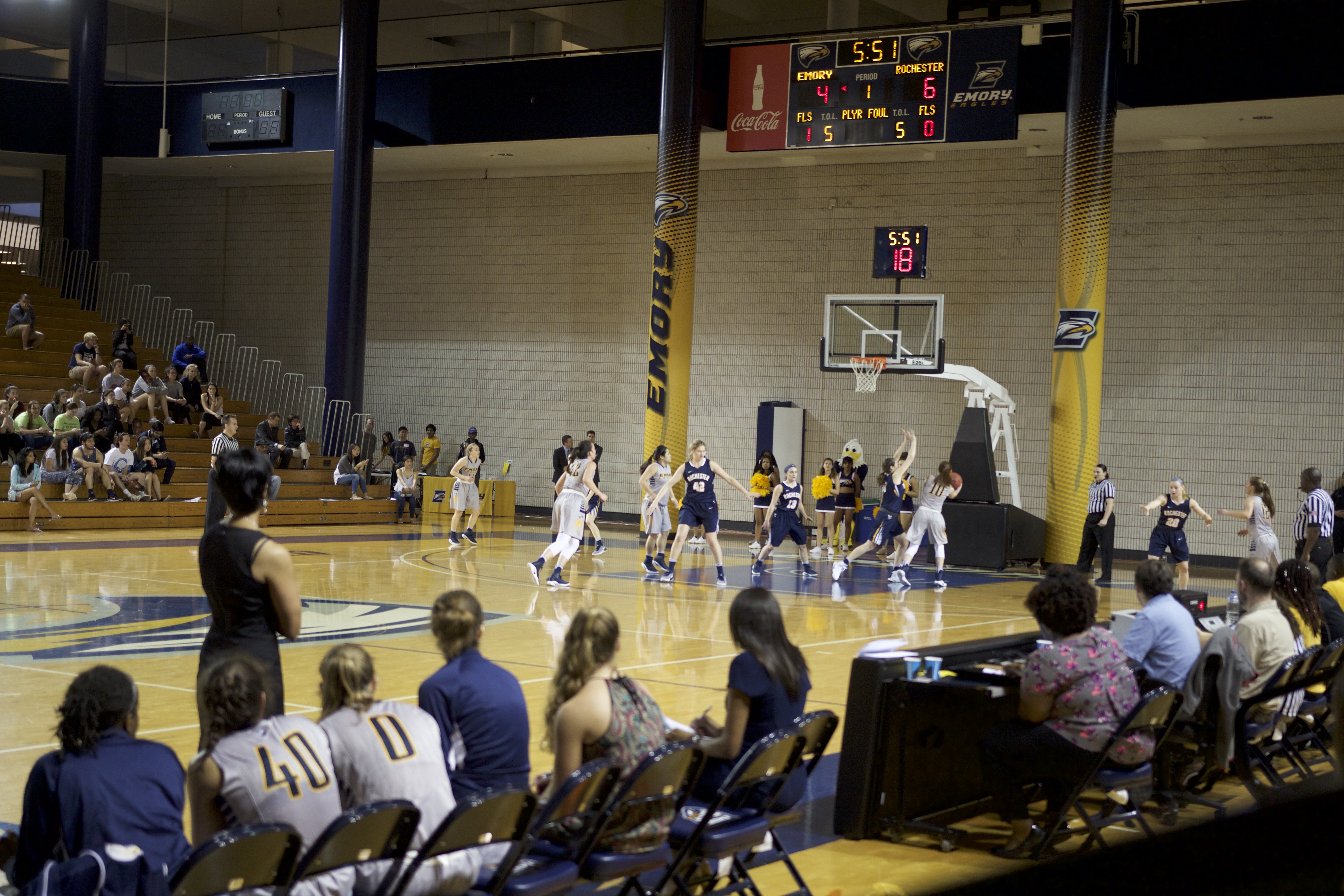 The Emory women’s basketball team closed their 2016-17 season with a tremendous win against the University of Rochester (N.Y.) Yellowjackets 73-57 Saturday, Feb. 25. Star senior point guard Shellie Kaniut closed her career with a bang, leading the Eagles in scoring with 20 points.

Head Coach Christy Thomaskutty praised her seniors for their hard work and contributions to the basketball program.

“[Kaniut, Sweeney and Bevan] are three special young women,” Thomaskutty said. “Each one of them has given their heart and soul to this program and university.”

Outscoring the Yellowjackets 21-8, Emory scorched Rochester in the first quarter. The Eagles established a 13-point lead, concluding the quarter with a 9-0 run. Kaniut was strong out of the gate, posting 10 points.

In light of Kaniut’s brilliant performance, the point guard  affirmed that it was her ability to make her teammates better that was most important.

“The best part of it is when you’re playing well and making others better,” Kaniut said. “It wasn’t just me having a big game, but I thought a lot of our younger players stepped up. Everyone rose to the occasion.”

Rochester battled back, cutting Emory’s lead down to two points before the end of the half. The Yellowjackets stepped up on defense to limit Emory to eight points in the quarter.

After seeing their lead nearly vanish, the Eagles were poised to distance themselves from Rochester. Emory bounced back and started off the third with six unanswered points. Rochester attempted to chip away at Emory’s lead, but the Eagles remained strong.

Thomaskutty recapped how her team was able to respond to a challenging second quarter and control play again in the third.

“We had a little bit of a letdown and foul trouble in the second,” Thomaskutty said. “However, in the third quarter we just kept on plugging away. Our seniors and younger players both propelled us.”

With a 47-39 lead entering their final quarter, the Eagles fought hard for victory. Emory’s execution was magnificent, growing their lead until the final buzzer; the Eagles’ offense shined as they scored 26 points to Rochester’s 18. Riding the offensive momentum, Emory finished with a 73-57 win.

Thomaskutty reflected on what made her team effective in their preparation and matchup against Rochester.

“Every player had a good couple of days of practice leading up to the game,” Thomaskutty said. “In all three phases: offense, defense and rebounding, we battled during every possession.”

Kaniut considered the victory a great way for the seniors to end their careers and for the underclassmen to establish a benchmark moving forward.

“It was an awesome way to wrap my own and other seniors’ careers,” Kaniut said. “It also sets up the team really well heading into next season.”

Emory’s victory advanced the squad to a 6-8 UAA record and 15-10 record overall. The Eagles finished  fifth in the UAA, an improvement from last season’s seventh place finish.