Three teams from the Metropolitan Division — the Washington Capitals, Pittsburgh Penguins and Columbus Blue Jackets —  had nearly flawless weeks and earned themselves the distinction of the top three teams in the National Hockey League (NHL).

For most of the 2016-17 season, the Metropolitan Division has been home to the league’s best performing teams. The Washington Capitals, Pittsburgh Penguins, Columbus Blue Jackets, New York Rangers and Philadelphia Flyers all spent time being considered the top team in the league. While the Rangers and Flyers are both still in playoff positions, the Capitals, Blue Jackets and Penguins performed well enough lately to crack the top five. Joining this elite trio are the Minnesota Wild and San Jose Sharks, who claim the fourth and fifth spots respectively.

Goals have been plentiful in the nation’s capital. The Capitals seem to score three or more goals with ease in each of their match-ups. Just this week the Capitals piled seven goals on St. Louis Blues’ goaltender Jake Allen and four on Dallas Stars’ goaltender Kari Lehtonen. Needless to say, facing the prolific Washington offense is a daunting task. On Thursday Jan. 19, seven different players found the back of the net for the Capitals, helping them defeat St. Louis 7-3. Competing in Dallas Saturday Jan. 21, the Capitals had more difficulty holding off their opponent. The game was knotted at three goals apiece in overtime, when forward Jay Beagle handled a pass from forward Evgeny Kuznetsov. Beagle’s shot hit Lehtonen and found its way into the back of the net to give the Capitals an overtime victory. Riding the tails of terrific offensive performances, the Capitals struck again Monday Jan. 23, scoring six goals to beat Carolina 6-1. Defenseman Dmitry Orlov scored two goals in the game and Kuznetsov marked a goal and a primary assist.

The top of the power rankings is a familiar spot for the defending Stanley Cup champions the Pittsburgh Penguins. Powered by forward Sidney Crosby for much of the season, the Penguins are now enjoying contributions from their whole squad. Take the Penguins’ victory against the Montreal Canadiens and their star goaltender Carey Price Wednesday Jan. 18. Four players scored for Pittsburgh, including defenseman Olli Maatta, who scored his first goal of the season. Penguins’ goalie Matt Murray was steady in the net, yielding only one goal. After the Penguins’ 4-1 victory on Wednesday, Pittsburgh took the ice again Friday Jan. 20 against the Carolina Hurricanes. Defeating Carolina 7-1, Pittsburgh overwhelmed the Hurricanes. Forward Conor Sheary was a leading player for the Penguins in the game and scored two goals, one of which was on a silky smooth no-look behind-the-back pass from Sidney Crosby.

The Blue Jackets had a turbulent set of games since their historic 16-game win streak that crumbled earlier this month. Despite a shutout loss from the Ottawa Senators’ goaltender Mike Condon Thursday, the Blue Jackets bounced back with two strong performances later in the week. On Saturday, the Blue Jackets were powered by two goals from forward Scott Hartnell and a goal from forward Markus Hannikainen, who scored his first career goal. Also contributing to the victory, goaltender Sergei Bobrovsky was sensational in the third period, flailing his legs and arms to keep the puck out of the net. One day later, the Blue Jackets buzzed to Canada’s capital to take on the Senators for the second time this week. Unlike the first match-up, goals were much easier to come by. At the end of regulation, both teams were tied at six goals apiece. In overtime, Blue Jackets’ forward Cam Atkinson zoomed to the Ottawa net and stuffed the puck in on a breakaway.

The Wild are receiving timely production from several of the team’s players. Surprisingly, forward Eric Staal reemerged as a star player after a disappointing 2015-16 season. Staal opened up the scoring for the Wild Thursday when Minnesota hosted the Arizona Coyotes. Forward Nino Niederreiter tallied two goals in the game and was a major reason for the Wild’s 4-3 win. On Saturday, the Wild recovered from a two-goal deficit in the second period against the Anaheim Ducks. Two goals by forwards Jason Zucker and Erik Haula powered a 5-3 Wild triumph. Although the Wild were slowed down after a 4-2 loss to Nashville Sunday, the Wild are arguably the top team in the Western Conference.

Sporting a four-game win streak, San Jose is on fire. Facing their Southern California rival, the Sharks were poised to bite out the Los Angeles Kings. Defenseman Brent Burns got his team on the scoreboard with his 19th goal of the season. Two more goals by the Sharks helped them notch a 3-2 victory over the Kings. San Jose continued its streak against the Tampa Bay Lightning with a 2-1 victory. In the third period, forward Logan Couture scored the game-winning goal, sneakily stuffing the puck past the Lightning goaltender. The Sharks strung together their fourth straight win against Colorado Saturday in an overtime game. Defenseman David Schlemko played hero as he fired the game-winning goal. Burns continued his phenomenal 2016-17 campaign on Monday as he scored the opening goal against the Colorado Avalanche. Burns’s 20 goals lead all defensemen in the National Hockey League. Forward Patrick Marleau lit up the scoreboard as well, scoring four goals. The Sharks’ five goals helped them swim to a comfortable 5-2 victory. 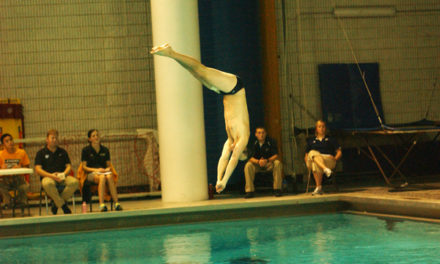 What the Olympics Are Really About