During her time at Emory, most recently as Robert W. Woodruff Professor of English and Creative Writing and Director of the Creative Writing Program, Trethewey taught workshops and wrote, working on poetry that includes her Pulitzer Prize-winning collection Native Guard. At Northwestern, Trethewey will continue to teach and write as Board of Trustees Professor of English, an endowed chair similar to the one she currently holds at Emory.

“I’ve been really proud of what my colleagues and I have built [at Emory] in creative writing; it’s one of the best undergraduate creative writing programs in the country,” Trethewey said. “It’s been exciting, but now I’m ready for some new challenges in my teaching and research.”

Unlike Emory, Northwestern offers a Master in Fine Arts (M.F.A.) degree in creative writing, which will allow Tretheway to work more with graduate students— an opportunity she said she is looking forward to.

Trethewey also hopes that Evanston, Illinois, the location of Northwestern’s main campus, will provide her with new inspiration for her poetry; she is interested to see how the new location “works on [her] creative impulses.”

It wouldn’t be the first time new scenery has inspired Trethewey. When she moved to Atlanta she began rethinking her past personal tragedies, working on Native Guard, a tribute to her own Southern roots, her mother and the second regiment of the Louisiana Native Guards, one of the Union’s first official black regiments during the Civil War.

“I am glad that she has done work that sets our Creative Writing Program for its next phase of development,” Brown said. “She has set us up in a way that we are going to continue to be an even greater program than what we were when she was working here.”

Interim Dean of Emory College of Arts and Sciences Michael A. Elliott agreed that Trethewey has elevated the Creative Writing Program, calling her “a tremendous teacher and colleague.”

College sophomore Orit Cohen, one of Trethewey’s advisees in the Creative Writing Program, was “very hurt” by the news of her departure.

“I think that we have an extremely strong creative writing program … but [losing Trethewey] will be crippling to Emory,” Cohen said. “We each form a relationship with the faculty, and I think that is one of the beautiful things about Emory, because [the department] is smaller but strong.”

“Emory will continue its commitment to creative writing to maintain and even cultivate that stature further,” Elliott said.

Trethewey and her husband Brett Gadsden, associate professor of African American studies and history, both received invitations from Northwestern in January. Gadsden, who has taught at Emory for 10 years, will join Northwestern’s Department of History.

Her 2006 book Native Guard won the 2007 Pulitzer Prize for Poetry. In 2012, she was recognized as the U.S. poet laureate and had her year-long term renewed in 2013. That year, she was also inducted into the American Academy of Arts and Sciences.

“Trethewey is … a very important writer for the future of American literature,” Elliott said. “My biggest hope for [her] is that she continues to write the extraordinary poetry and prose that comes from her pen.” 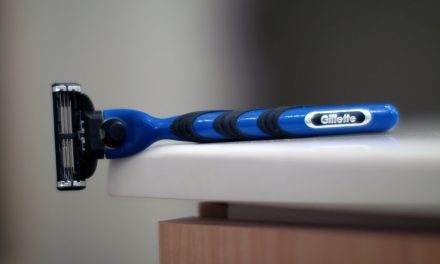