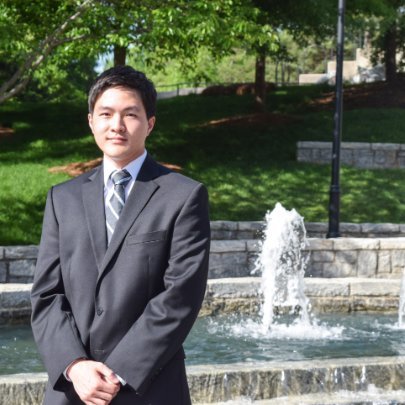 David Kim, a College senior, died Saturday, Oct. 22 at Emory University Hospital (EUH), according to an Oct. 24 email sent by Assistant Vice President of Community Suzanne Onorato to Emory undergraduate students. He was 21 years old. The cause of death has not yet been released.

The 21-year-old student spent his final moments with his friends, College sophomore Minhee Kim and College senior Brian Eun, Saturday evening in the Math and Sciences building before he collapsed and was taken to EUH Emergency Room, according to Eun and Minhee Kim.

He was a quantitative science major with a concentration in economics and a minor in Chinese studies. He was born in Columbus, Ohio and moved to South Korea when he was 4 years old. He then moved to Olympia, Wash. at age 10 where he completed middle and high school before coming to Emory.

This year, David Kim served as the external vice president of the Korean Undergraduate Student Association (KUSA) and vice president of Emory Code Zero, a student-run career resource conduit for Emory international students. He joined both organizations his junior year as a general body member but was elected to the executive board of both for his senior year.

Frank Gaertner, associate director of academic advising, remembers David as a leader who left a strong impact on many people.

“He just really was an influential leader in the community, and I think that’s why this loss is felt so deeply and is so hard for so many people,” said Gaertner, who serves as an informal adviser to international Korean students.

According to Eun, David Kim had worked each summer since his freshman year. He was an assistant manager for Herfy’s Burgers in Olympia in summer 2014, an intern for the First Data Corporation in Atlanta in summer 2015 and a summer analyst for American Express Global Business Travel in New York City in summer 2016. According to Eun, David Kim was supposed to interview this week for full-time analyst positions both for Suntrust Investment Banking and for the Bank of America Finance Management Associate Program (FMAP).

KUSA Public Relations Executive and College senior Yunsun Roh said that David Kim’s ability to inspire stemmed from the passion he invested in everything he did.

“He always gave time to make sure that everything went successfully with the organization or event he was involved in,” Roh said.

Those closest to David Kim perceived him as more than a hard worker and charismatic leader.

“He always put friends and family first, over [himself],” David Kim’s younger sister Helen Kim said. “He was a person who really valued connections with people.”

The Emory student’s emphasis on caring for others showed until his death. According to Helen Kim, David would make time to help her with her schoolwork despite his own schedule.

And according to Roh, regardless of what situation he himself was in, David Kim “always tried to become the person who someone needed.”

In as many of his interactions as possible, David Kim placed a high importance on inclusiveness, according to College senior Henry Hong, president of Emory Code Zero. Hong emphasized David Kim’s refusal to restrict his social interactions to those with a similar background.

“There is clearly a boundary between Korean-American students and international Korean students [at Emory], and David … blended really well between the two,” Hong said.

Because of this, David Kim was known by members of KUSA and Code Zero as a liaison between Korean-American students and Korean international students. According to Eun, in those organizations David Kim created an atmosphere in which there was no one who felt left out during an event or in an organization.

“[Both] of the organizations he worked with ended up having a family-like environment,” Eun said. “I believe that David had an integral role in making sure that happened.”

Though David Kim fostered an inclusive environment among his peers, he still made sure to take care of his family in Olympia.

“I went through my college applications recently, and David connected me with a lot of his friends,” Helen said. “I really want to emphasize how much he valued relationships and I think it just shows that he still thought of others before himself. He wanted me to feel less lonely.”

A vigil was held in David’s memory at Cannon Chapel Monday, Oct. 24. More than 200 people attended.

“I think he was loved by so many people, and that’s why there were so many people at the vigil [Monday],” Hong said. “He was a very responsible, dedicated, hardworking, amicable and charismatic being who everybody loved.”

David is survived by his parents, Greg Seokwon Kim and Sunna Lee, and his sister, Helen Kim.