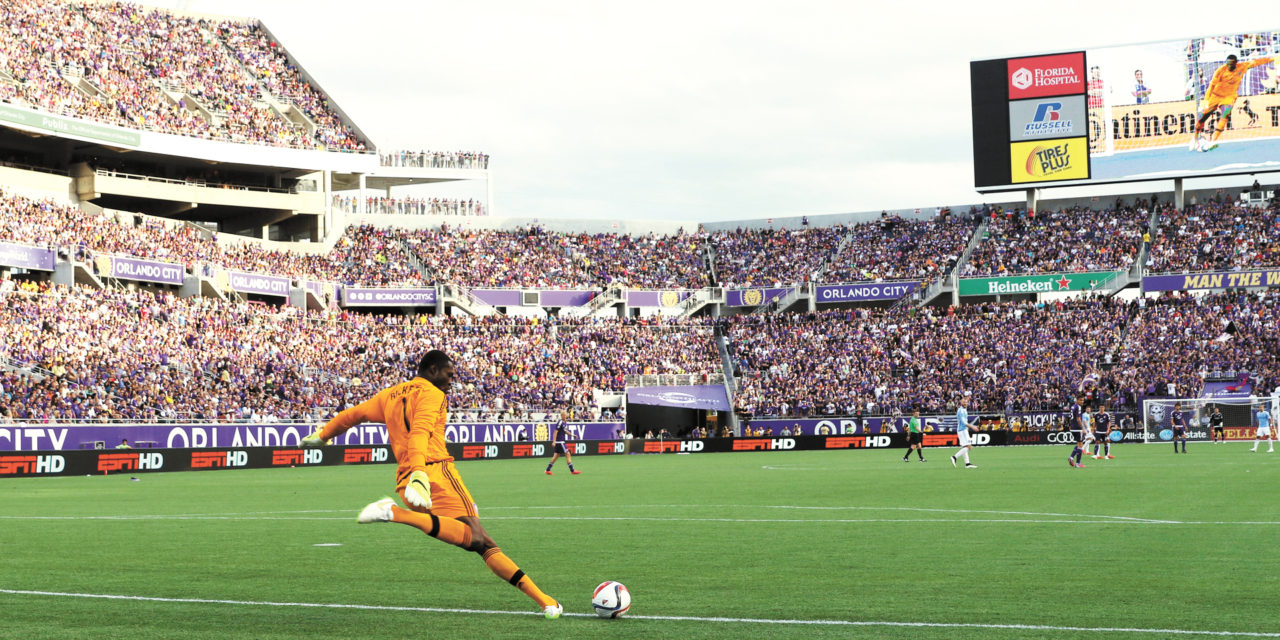 Believe it or not, a former professional athlete with a resume that boasts highlights such as experience playing in the World Cup, winning an MLS championship and earning two MLS Goalkeeper of the Year awards is on the coaching staff of one of Emory’s athletic programs. That person described above is Emory’s men’s soccer goalkeeping coach, Donovan Ricketts.

Born in St. James, Jamaica, Ricketts began his professional soccer career playing with Village United in 2002. Since then, Ricketts’ accolades include an MLS championship with the Los Angeles Galaxy in 2011 and MLS Goalkeeper of the Year in 2010 and 2013. Ricketts also spent significant time playing internationally with the Jamaican National Team, accumulating over 100 caps and making it as a member of Jamaica’s 1998 World Cup roster.

Ricketts’ announcement that he would be coming to Emory to serve as the men’s goalkeeping coach this past year was fairly unexpected. But for Ricketts, it was an easy decision.

“I wanted to see [what the coaching experience] would be like, and a friend of mine is an alumn[us] at Emory, so the opportunity was there when Emory needed a goalkeeping coach, and the pieces all came together,” Ricketts said.

Ricketts last played professionally in 2015, making his transition from playing to coaching a short one, but coaching has always been a goal for the former MLS goalkeeper.

“As a player, coaching is one of those things you want to have a chance at in your career. [The most challenging part of the changeover to coaching is that] I take responsibility for the goalkeepers I have, because the way they perform is a reflection of the work we do in the week,” Ricketts said.

However, Ricketts’ quick transition from playing to coaching provides him with a distinct advantage in his ability to relate with the players on Emory’s team.

“He was a player a year ago, so he still has that player mindset, and he interacts with us as if he was one of us, as if he is part of the team,” junior goalkeeper Jake Deuel said. “He cracks jokes with us, makes fun of us … The way he has been able to come right in and fit in with the team has been really cool.”

The intense competition for the team’s starting goalkeeper position only adds to the intrigue of Ricketts’ entry. So far, three keepers have seen time in goal for the Eagles, with a fourth ready to prove himself. Having multiple keepers ready and able to compete has been one of Ricketts’ primary goals this year, a task in which he has thus far had significant success.

For the keepers working with Ricketts, this is an experience they will not soon forget. Junior Graham Labran-Boyd, from Los Angeles, Calif., has long been familiar with Ricketts.

Despite his impressive pedigree, Ricketts brings a humble approach with his coaching technique.

“A lot of goalie trainers have their style [of play], and they try to instill that into their players, while Ricketts understands that there are different ways to play the position. He is more focused on helping us improve on what we need to improve on, rather than getting exactly [the style] he wants,” Labran-Boyd said.

As a coach, Ricketts combines his hands-off approach with an attitude of intensity and high expectations.

“[Ricketts] demands a high level of play just from the way he serves the ball to us and the pace that they come in,” Deuel said.  “Day one, he said he wants us to catch every ball that comes at us. He really cares about the development of the goalies and wants us to get better. He wants us to win just as bad as we want to win.”

For both the players and the coaching staff, Ricketts brings an indispensable level of knowledge and insight.

“When [Ricketts] says something, the players really respond, and as a coach, having him to bounce things off of and hear what he sees is invaluable,” Head Coach Sonny Travis said.

Currently in his first year as a coach, it is difficult to say how long Ricketts’ tenure at Emory may last, given his status as a player, but as it stands, he is excited to be a part of the Emory program.

“I do not know what the future holds,” Ricketts said. “But for now, I am happy here, and I am comfortable here.”