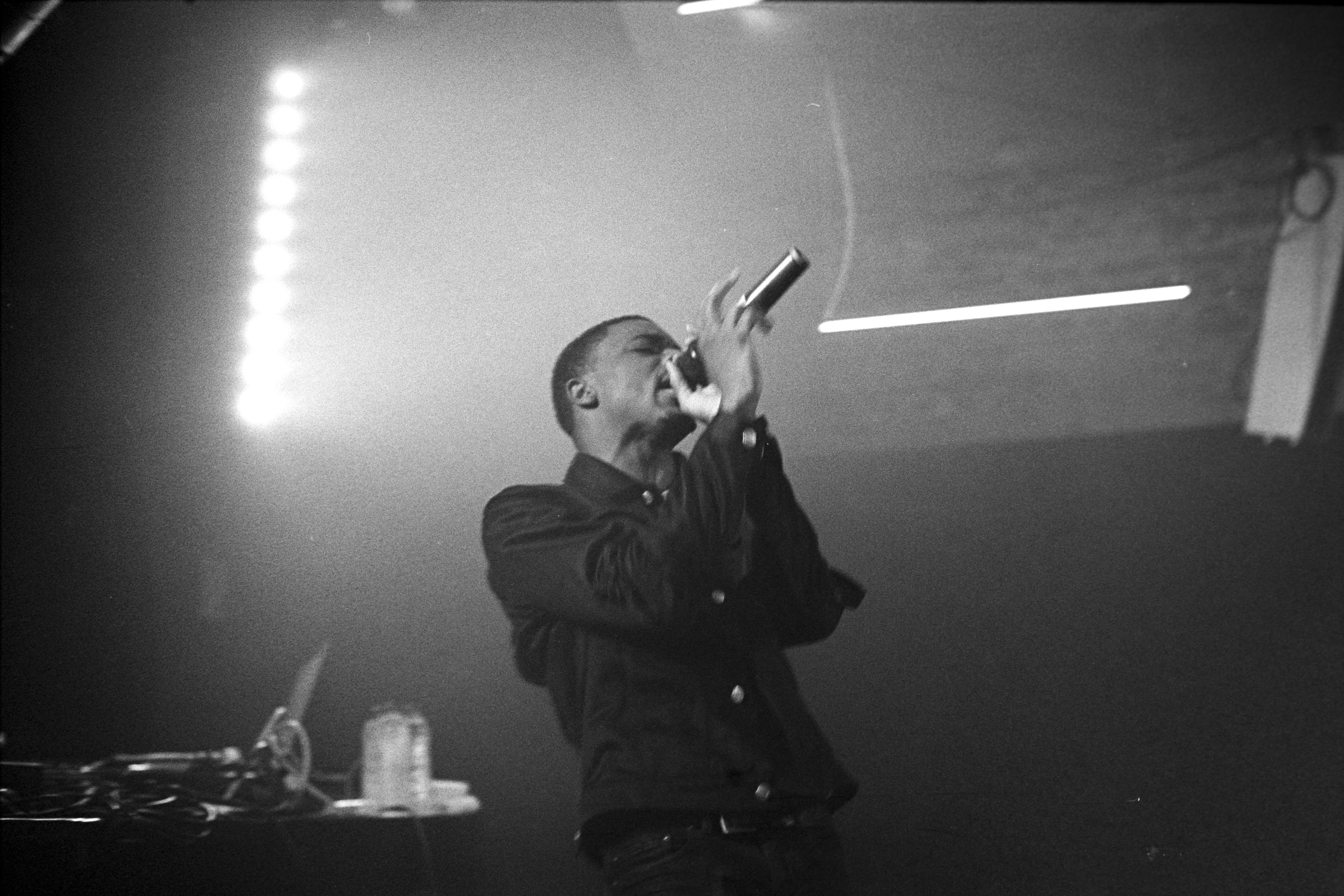 The second you press play on Vince Staples’ Prima Donna, its mysterious atmosphere has already begun to press your mind. At first there’s silence, the quiet fumbling of a tape being pressed into its player. Then comes the low, droning voice of Staples performing his own deadpan, monotone rendition of the children’s gospel piece “This Little Light of Mine” in “Let It Shine.” Out of nowhere, a gunshot rings out, demarcating the beginning of the next track.

Prima Donna is Long Beach-based rapper Staples’ second EP, following his critically acclaimed album Summertime ‘06, released June 2015. Those familiar with Staples’ work know that the kinds of jarring moments found in “Let It Shine” are normal occurrences. Staples, despite his recent fame, is known for his grim outlook on the world. His talent is two-fold: First, for painting vivid yet soul-crushingly bleak pictures of the violent, uncaring world of Ramona Park, Long Beach where he lived for much of his life, and second, for his songwriting. He works with a host of production talents like electronic artists James Blake and No I.D. to create sparse yet attractive backings for his messages. Both of those abilities are at work in Prima Donna.

While Summertime ‘06 was driven by the conceptual force of describing the eponymous time  and aforementioned place with very powerful orchestration, Prima Donna is not. Its songs do not present similar themes or share a cohesive thread linking them together. In fact, this album isn’t even Staples’ darkest work. But it doesn’t seem like he meant it to be.

Prima Donna isn’t just a showcase of Staples’ song-crafting ability, but a glimpse into his next steps as an artist. The EP is lean, lasting only seven tracks at 21 minutes total, but each song presents something tangibly different. Each song is simple, usually consisting of a sample overlaid on a hard-hitting beat, but has its own dynamic.

Take this example: After the opening gunshot in “Let It Shine,” the track “War Ready” opens instantly with a sample of Atlanta’s own Andre 3000 spitting one of his machine gun-like verses from ATLiens over a popping, compressed beat. Then, Staples and a chorus of voices chant the hook multiple times — ”War ready, born ready” — as a thin, arpeggiating synth lead joins them. Throughout the song, the quiet and hypnotic cadence of Staples’ voice shines and dominates the track.

Compare that to the following song, “Smile,” which features Staples showing off an almost sing-songy flow over a backing of grimy, cutting guitar leads that crescendos along with a wall of grinding noise to cap off the track. Or listen to “Loco,” a tune that feels decidedly more connected to Vince’s previous work, complete with an unsettlingly monotonic lead synth punctuated by dystopian horns and Staples’ own frantic vocals. All of these tracks, while tied together by Staples’ technical skills, take intentional steps in different sonic directions. Some might call this a risk, even a death-wish due to the lack of flow between songs in the EP.

But it doesn’t flop. These are strong tracks that stay true to Staples’s previous work, with each still providing those novel, common lyrical themes including newfound wealth, suicide (“Buy a million dollar home and blow my dome to paint the kitchen”) and extreme paranoia (“At the Marriott, having Kurt Cobain dreams”). But that, in essence, is part of Staples’ charm: There’s no setting too violent or topic too personal for him to confront directly. In one line, he compares his lyricism to the work of author James Joyce, and in a loose sense a semblance of truth can be found. Part of Joyce’s appeal was the way he presented critical yet deeply personal perspectives on the issues that confronted him through the vessel of his masterful prose. Staples has a similar drive, but uses the power of a different medium: his music.

But to call this EP a masterpiece would miss the mark by a long way. It provides an interesting look into Staples’ creative process and presents some very visceral moments, but Prima Donna is no more than the sum of its parts. All of the tracks are exceedingly simple in design, and the lack of cohesion ends up contributing to its own detriment. This EP, as a result, feels more like a holdover, a collection of quick tracks meant to both satisfy Staples’ fans and show them a glimpse of where he’s headed.

Still, hip-hop fans who haven’t gotten a chance to listen to Staples yet will find a lot to like about this EP. Staples is one of the foremost artists in a new school of West Coast rap, along with other artists like Kendrick Lamar and YG, who together are exploring a host of new possibilities within their genre. For them, every new album seems to represent a bold step in a unique direction — just look at the difference between Kendrick’s Good Kid, M.A.A.D City (2012) and To Pimp a Butterfly (2015). Staples, however, seems to be trying to show us the fruits of his own intermediate state as he grapples with his own artistic decisions. If these tracks represent his future potential, count me as excited for what’s to come.