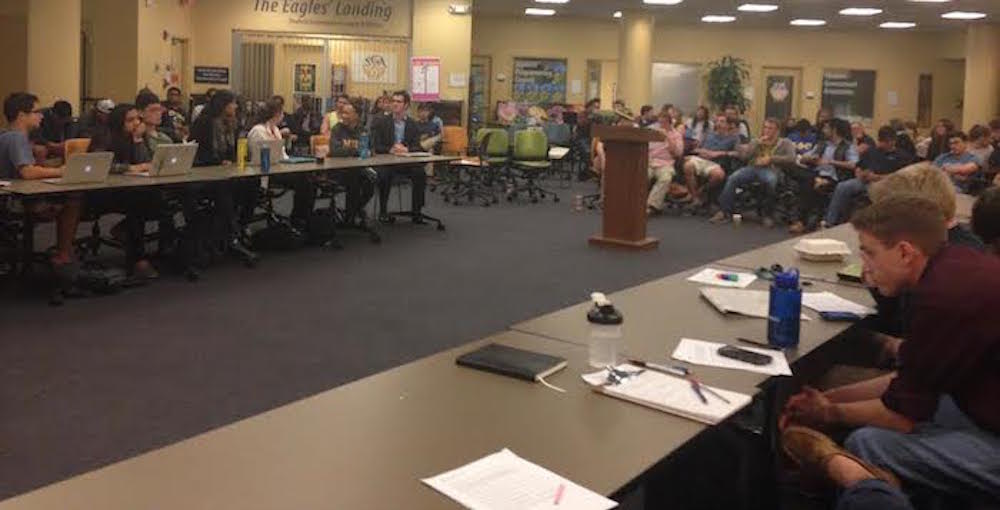 The 50th Legislature of the Student Government Association (SGA) convened Monday night for its first legislative session of the semester to discuss the agenda for the 2016-2017 academic year and to inaugurate 22 new members. SGA President and College senior Maxwell Zoberman and Executive Vice President and College junior Gurbani Singh led the legislative session, which addressed issues of proxy use and low member attendance.

SGA Governance Committee Chair and College junior William Palmer suggested implementing an internal review board to combat low attendance and excessive proxy use, which he said jeopardizes SGA’s ability to meet in an official capacity. The problem persists despite stricter attendance policies outlined in Bill 48sl26, passed in the final legislative session of 2015, Palmer said.

Palmer outlined a policy specifying a “maximum of two legislator absences per semester and four per school year.” The policy would limit member use of proxies to two per semester. Each proxy use would constitute half an absence.

SGA Speaker of the Legislature and College senior Crystal McBrown suggested that the legislature ignore funding requests by student groups with unequal representation of graduate students, who provide half of the funds. Graduate student representatives often vote against SGA’s funding of groups with an undergraduate majority, which has “paralyzed [the legislature] over the last three years,” McBrown said.

“Not everyone who signs up for groups and events over OrgSync [a campus event coordinating program] actually attends,” Singh said in response to McBrown’s suggestion.

Zoberman added that although, “logistically … [equal representation] would be hard to monitor,”  solutions to the issue would be reconsidered this legislative term.

Committees began to collaboratively address concerns of their constituencies. The meeting also functioned as an orientation session for the 22 new members, who were officially inaugurated as SGA members by SGA Associate Justice and third-year Emory Law student Alex Cohen.

Zoberman encouraged all legislators to avoid becoming “too busy, too jaded [or] too scared to launch projects or do things on behalf of [their] constituencies.”