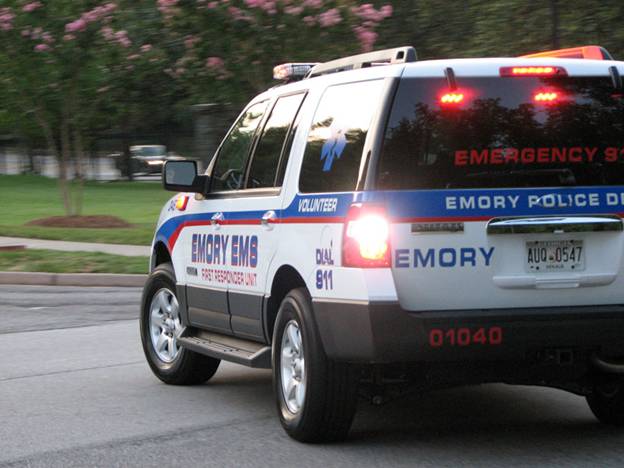 Dekalb County Fire and Rescue responded to a report of a fire at Atwood Hall earlier tonight.

Fire Apparatus Operator Tad Landou from Dekalb County Fire and Rescue said that they found the small fire in one of the vent hood workspaces in a seventh floor chemistry lab.

The building had been evacuated upon their arrival. There were no reported injuries.

“Right now the fire is extinguished,” Landou said. “The fire was limited to the vent hood workspace in the laboratory, and at this time, it is all under control.”

After receiving a call regarding the fire, firetrucks were dispatched at 6:37 p.m., and Emory first responders arrived on site a few minutes later. Upon arrival, maintenance staff told Dekalb County Fire and Rescue that those working in the lab already vacated the building.

“[Dekalb County Fire and Rescue] is just working on finding what, if any, chemicals were involved, and if there is any hazard before we turn the building back over,” Landou said.