2016 Oscars Predictable, But Not Without Surprises 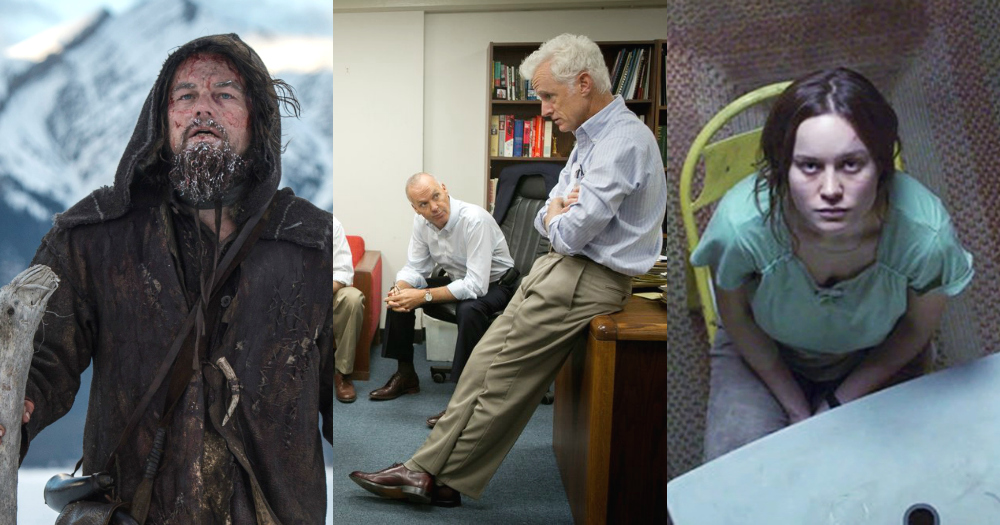 I’ve never been happier to have gotten my Oscar ballot this wrong.

Generally, the Oscars are fairly easy to call beforehand. A few minor surprises in the technical categories, sure, but most of the major awards are pre-decided by months of campaigning and spinning narratives. It’s nothing too exciting come the night of and this year as a whole was largely no different. But the 2016 Oscars managed to find a few legitimate gems in the morass of standard glad-handing and back-patting that is the Oscars every year.

Let’s start with the basic ceremony itself, and Chris Rock’s hosting. There was no chance that the Academy wasn’t going to attempt to deal with the #OscarsSoWhite controversy, and someone like Chris Rock has a hell of a way to do that. An acerbic and cutting comedian who could give teeth to the performance in a way that the Oscars never have before.

Of course, that keeps in mind that giving teeth to the Oscars is a surprisingly new phenomenon, and one that’s not likely to stick. While Rock did his best, the Oscars are not the venue. It’s a night of self-congratulations, and at best, he was only ever going to be able to roast them and leave a singe mark on the outside of the problem without actually getting in and burning the thing down. Rock was given the license to make the medicine for Hollywood go down, but it’s unlikely that this affects any real change in the ceremony itself — which to be fair, I wonder if Hollywood should try to do.

The change that the Oscars can put into effect comes in the nominations, attention and prestige that they can give to underseen films and unknown artists. As presenter Louis C.K. made the point of during his presentation for Best Documentary Short, some of last night’s winners will actually have their lives changed, and that’s what recognition of these films can do. The Oscars need to change their institution, not their face, which is what last night proved more than ever.

Let’s get into the awards for the night. Like I said, most were easy to call, but a few upsets came in, and on the whole, they were rather pleasant surprises.

But let’s get the negative out of the way first. The biggest was Sam Smith’s win for Best Original Song for his limp and unfit Spectre theme song “Writing’s On The Wall.” I’d already had huge problems with this song and wouldn’t have been happy about it in a vacuum. But the presentation of the award came immediately after the chilling and incredibly powerful performance by Lady Gaga of “’Til It Happens to You” from The Hunting Ground that had echoes of last year’s amazing performance of “Glory” from Selma, which really highlights how ultimately weak of a song “Writing’s on The Wall” is and how immensely baffling a vote this was.

And of course, Alejandro González Iñárritu became the third director in history to win back-to-back Best Director Oscars with Birdman and The Revenant. I’ll remind you that he has more Directing Oscars than Stanley Kubrick, David Fincher, Alfred Hitchcock and all women (Kathryn Bigelow’s 2009 Oscar for The Hurt Locker remains the only one). That is all.

Let’s also get the obvious out of the way. Leonardo DiCaprio won his Oscar (Best Actor, The Revenant), and we’re all thrilled for him. While I can’t say he won for my favorite performance of his, it’s a recognition of the strong and ambitious work he’s been doing for a few years, and now we can all stop asking about when he’s gonna win. Best Actress winner Brie Larson (Room) also finally won the award she’s had coming since Short Term 12 and I look forward to her being the next Hollywood “it girl.” And Best Supporting Actress Alicia Vikander (The Danish Girl) had one hell of a year, and her win was a recognition of one of the strongest years for a young actress in a while. It’s thrilling to see recognition for that, even if it wasn’t necessarily for her best film or performance (she should be taking home the gold for Ava in Ex Machina, but that’s just me).

And of course, Mad Max: Fury Road took home six awards in recognition of the sheer amazing technical and design achievement that it was. While I wish George Miller had won for coordinating all of that, I’m still immensely happy for the recognition that it got.

The first pleasant surprise of the night actually came in the visual effects category when Ex Machina won out over Mad Max: Fury Road, The Revenant, The Martian and Star Wars: The Force Awakens to take home the best Visual Effects Oscar. I adored this film and to see it get the recognition — on its subtle, elegant craft — that it deserves (even if I wanted Fury Road to take this one) warms my heart. Doubly exciting is seeing recognition of a 15 million dollar film in a category dominated by over 150 million blockbusters.

The next was Mark Rylance’s (Bridge of Spies) surprise victory in the Best Supporting Actor category over heavy favorite Sylvester Stallone and his endearing return to the Rocky Balboa character in Creed. While I can’t say that I’m pleased that Creed got as completely shut out as it did by the Oscars this year, if anyone was going to win over Stallone, I’m glad it’s Rylance. A case of subtle acting winning out over the big and emotional performance (a rare thing in the Academy), Rylance gave one of the best performances of the year, endearing, charming and simply brilliant, and I’m so glad to see recognition of one of the best actors alive right now finally getting his chance on a big stage.

Finally, came the big moment of Best Picture, where the scrappy little journalism picture Spotlight ended up winning out over the odds-on-favorite The Revenant. Now, I can tell you why that happened. The Oscars work on a ranked voting system — you rank your top five and points are given as such. It’s likely that the divisive Revenant landed at a number of one or two slots, but was also left off of a lot of those lists. I’d be shocked if Spotlight wasn’t top five for almost everyone but a small number of voters.

While I’m happy that a film that was important and really had something in its soul won out over the cold, dark, inhuman film that was The Revenant; I’m also happy to get that reaffirmation of the importance of investigative journalism. Spotlight is an ode to what it means to speak truth to power — even when it’s difficult and even when they fight against you, you must hold the torch and light the darkness. It’s a message that deeply resonated with me, and even if there were other films I liked more, I think the message of speaking truth to power, especially as a journalist, is one that I love being affirmed.

Overall, it’s about the best this year could have gone. Change still needs to come to the institution, and that’s to be looked at for the next year. But for this year, we got a few surprises, a couple of important acknowledgements and that’s about the most you can expect.