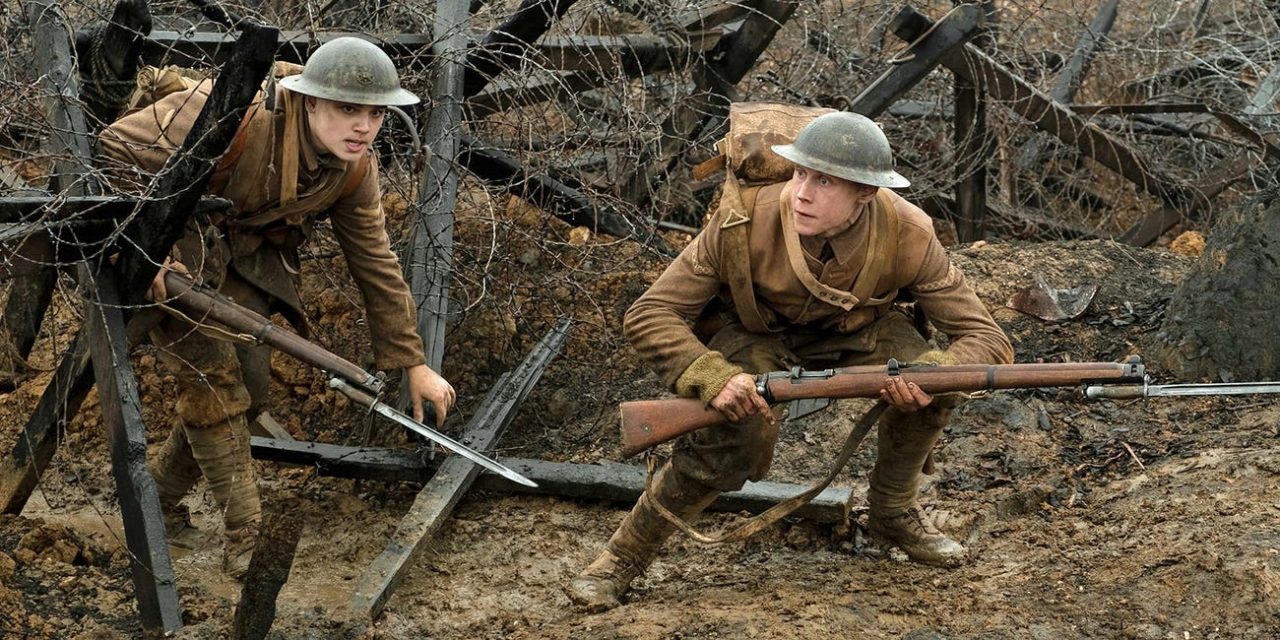 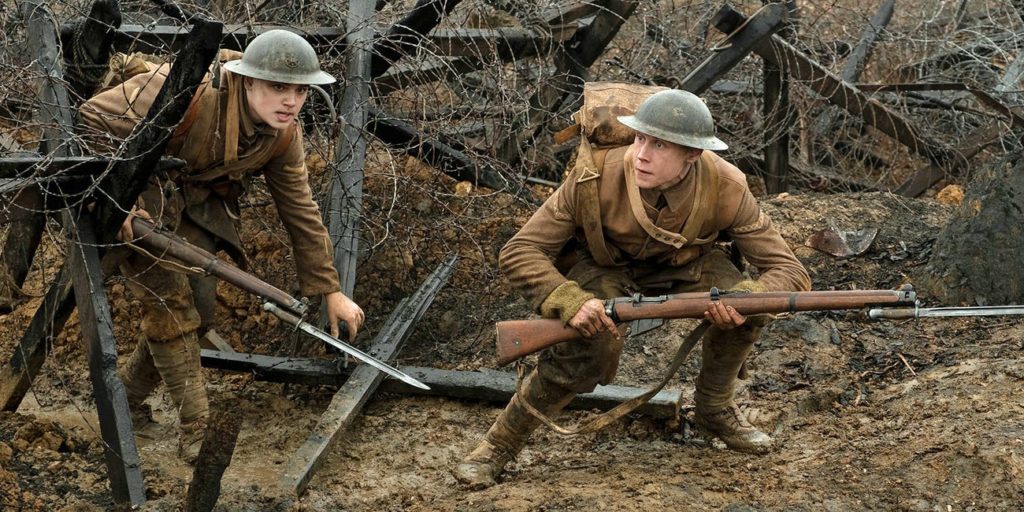 Imagine “Lord of the Rings,” but instead of Sam and Frodo delivering a ring to Mount Doom to save Middle-Earth, it’s two soldiers delivering a message to the British front lines that will save thousands of lives. Director Sam Mendes’ “1917” takes note from J.R.R. Tolkien’s World War I-based fantasy and delivers a simple but epic tale of heroism that’s not only a non-stop war story but a one-shot technical marvel. While a bit uneven at the beginning, it’s impossible not to appreciate what Mendes accomplishes with his World War I drama. “1917” is an immensely entertaining and impressive examination of a time period often neglected in cinema.

The film drops us in spring 1917, after the German front returns to the Hindenburg Line and the British prepare to attack. Little did the British know that the Germans were preparing an ambush, and 1,600 of their men were about to charge to their deaths. With time running out and no way for the British to ship a message to the front lines, General Erinmore (Colin Firth) sends Lance Corporal Blake (Dean-Charles Chapman) and Lance Corporal Schofield (George MacKay) across No Man’s Land to deliver the news on foot. Along their journey, the two young soldiers endure the perils of war and its effects on society.

It took me some time to become fully invested in “1917,” and I suspect others will experience this learning curve as well. First, some may struggle to follow the heavy Britsh dialect used in the film, especially in the dialogue-heavy introduction. This issue is overcome in the film’s second half, when there’s very little dialogue at all. However, this has larger implications, as I missed some of Mendes’ character building in the opening scenes because I couldn’t understand what the protagonists were saying. Moreover, for the film’s first half hour or so, you’re essentially watching two men walk across rough terrain, and these scenes are a bit drawn out.

“1917” hits its stride roughly an hour in when a major event — one that involves a plane and our main characters — picks up the pace and effectively shakes up the rest of the film. Not only is the event shocking, but it adds weight to the remainder of the movie that immediately raises the stakes. It also marks the end of most of the dialogue until the conclusion.

The plot is incredibly simple, as the only objective is for the characters to get from point A to point B as rapidly as possible. As you can imagine, the film consists of Blake and Schofield doing simple things (i.e., walking across a bridge, running through a burnt down city, etc.). Certainly there is an underlying tension behind the entire film, anchored by Thomas Newman’s suspenseful score. However, what elevates these scenes is the technical skill involved.

“1917” stands out from other war films because of its technical achievement, and it’s impossible not to acknowledge what Mendes and legendary cinematographer Roger Deakins have done with the film. Far more ambitious than Alejandro Iñárritu’s one-shot, Oscar-winning “Birdman” (which primarily took place in the same setting), “1917” never retraces its steps, taking us on a non-stop journey that spans miles. The film is smoothly filmed in what appears as one shot, and while that could have served as a gimmick, it feels fitting to the film and its theme. Rather than watching Blake and Schofield’s journey, we’re living it and following them literally every step of the way.

Not to mention, Deakins’ cinematography is stunning, capturing the aftermath of war in a gruesome, remarkable and colorful way that challenges the traditional dullness of wartime imagery. In fact, the film’s beauty rivals “Ad Astra”’s depiction of space earlier this year, and will surely be pitted against James Grey’s masterpiece come Oscar season. A breathtaking scene where Schofield runs through an abandoned city at night should alone be nominated for an award. Furthermore, by using practical sets and effects instead of CGI, Mendes immerses the audience into his world and adds to the film’s grittiness.

Ultimately, the film hinges on its acting, and newcomers Chapman and MacKay are more than up to the task. The two build a strong rapport throughout the film, and you can sense their vulnerability as they tackle this improbable mission. Schofield in particular is put through the wringer as the film progresses, and MacKay skillfully captures his pain and struggle as his character suffers both physically and mentally.

At the end of the day, “1917” is a tale of heroism, and how even the most ordinary can rise above the pack through their courage and bravery. With star actors like Firth and Benedict Cumberbatch in mere cameo roles and relative no-names in the leads, the film emphasizes the fact that heroes can come from anywhere, even places you might not expect.

Overall, Mendes rides a fine line between action set-pieces and character-building with “1917,” and the continuous shot technology he employs helps create an immersive filmgoing experience. While it may not feature orcs and trolls, “1917” uses Blake and Schofield’s simple mission to establish a film that is absolutely precious.