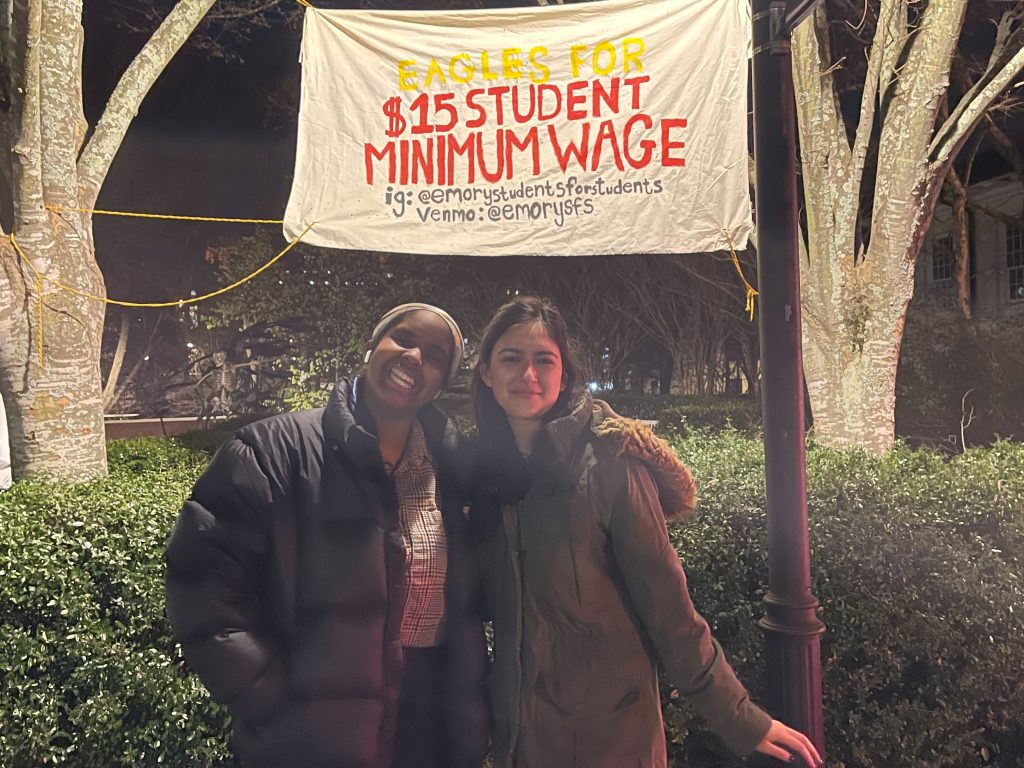 It’s a great day to be a student worker on Emory University’s campus. Recently, the Emory administration has approved a $15 minimum wage for its student employees to be implemented by fall 2024; this change will pertain across all undergraduate and graduate schools. This $15 minimum wage is the end of a long road for student advocacy group Emory Students for Students (ESFS), who started working on this initiative months ago.

Emory’s new minimum wage demonstrates the efficacy and value of the University’s policy changes when it listens to student advocates. ESFS and their community allies have put their blood, sweat and tears into making this possible for the student body, and they deserve our recognition and thanks. But this momentum should not be dropped — there will be other student issues and concerns on Emory’s campus that should be addressed in the future with the same attentiveness. The collaboration between ESFS, student group allies and the Emory community demonstrates both the power and future of community organization and student advocacy at Emory.

ESFS had one of their first victories last year, when the Emory Student Government Association (SGA) and College Council both passed resolutions strongly recommending that the University address the minimum wage issue, after ESFS appealed to the bodies for support. By highlighting ESFS’ demands and the evidenced community need for this change, these resolutions fast tracked this initiative by bringing it to the attention of the Emory administration.

Emory’s plan to implement the new minimum wage is to gradually increase hourly pay over the course of the next three semesters. Starting as soon as next semester, students can expect to be paid, at the minimum, $12 per hour for their campus employment. In fall 2023, that number will rise to $13.50 and in September 2024, it will hit its mark at $15. In comparison to other universities, Emory is taking the best step possible to support students; the average minimum wage for student workers across U.S. universities is approximately $11.58 per hour. Raising the minimum wage will help more low income students afford to fund their education and life necessities.

Moreover, among private universities where the tuition is exponentially more expensive compared to public universities, Emory is considered a trailblazer. Despite the federal minimum wage of $7.25, Emory administration chose to listen to ESFS and the student body and make this move to increase their own wages. Belmont University (Tenn.), for example, still maintains a student minimum wage of $7.25 for on-campus jobs and $11 for off-campus agencies, which is truly the bare minimum. Emory is setting a tone of support for its student body through this move and other institutions should take note.

In a statement to the Wheel, ESFS spoke to the power of the Emory community to enact rightful change.

“This change did not come out of nowhere — wins with the establishment that seemed insurmountable are a direct result of what happens when communities organize,” Co-Founder and Secretary Isabela Galoustian (24C) said.

Galoustian pointed out exactly what drove this change: the combined voices of over 100 Emory students led by ESFS.

Even with this victory, ESFS leadership emphasizes that their organization’s purpose to uplift and represent marginalized student communities and campus-wide student struggles is far from over.

“We will not stop fighting to make education equitable for everyone. This win is just the beginning of what our community can do,” said ESFS Co-Founder and Co-President Elisabet Ortiz (25C).

Oritz, along with her fellow co-founders Alysha Posternak (24C) and Galoustian, will continue to advocate for students and unite their organization against inequity on Emory’s campus. Even on the heels of this minimum wage passing, ESFS’ Instagram continues to aid low income and marginalized students by publicizing student needs and places for the community to donate. Increasing the minimum wage for student-workers was a critical step, but there is still much work to be done. Both Emory administration and community members should continue to support ESFS’ initiatives — like their requests for monetary aid to low income students — in order to grow this organization’s community impact. This organization has been a trailblazer; considering their organizing efforts have created permanent, institutional change, the credibility ESFS currently possesses will only be strengthened by fellow students continuing to rally for its initiatives.

To announce this policy revision, the University released a statement citing Emory’s competitiveness as a student employer. Emory needs to continue to hire students in order to maintain support for departments that require student employees. Higher wages from competitors like unassociated Atlanta restaurants or online employers pulls away student workers from those department openings.

Emory’s step to implement this new policy will not only support student wellness and livelihood, but will also support Emory’s own employment rates and success against competitors. However, Emory’s statement does not mention the efforts made by ESFS or their community allies.  Considering the mobilizing work of hundreds of students over the past year, credit is deserved where credit is due.

This minimum wage was a long-time coming, and ESFS’ dedication and energy only shows that their advocacy will continue to support all Emory students for a better school. In the future, the Emory administration should continue to listen to peer advocacy groups like ESFS. The administration’s policies directly affect students, and should thus be influenced by their concerns; ESFS has done the admirable liberty of reminding students that their collective power is enough to create effective change. Emory students: the future of equity on campus is waiting for you to help shape it.

Apt reception from the administration, as well as cooperation and unity between student advocacy organizations like ESFS and Emory Student Government Association, is how the future of equity on Emory’s campus will be shaped. 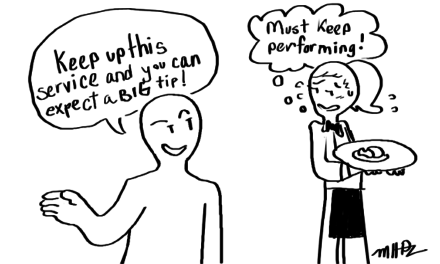 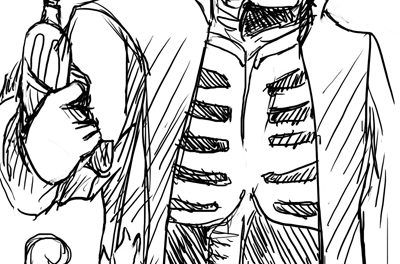 From the Archives: A Letter From ’98 Lord Dooley

Adeyemo Equipped to Be Next CC President