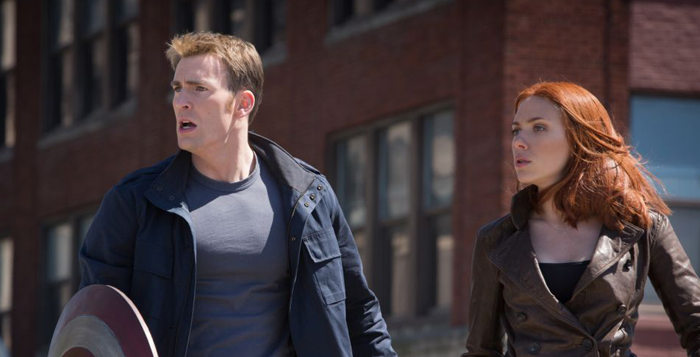 From one superhero fan to another, I can tell you that “Captain America: The Winter Soldier” is everything I needed and more. Since Marvel reboots and future sequels seem to pop up like daisies from the two-year-old grave of “The Avengers,”

It was all of those things, to an extent. But this sequel to “Captain America: The First Avenger” – I almost dread to say it – was different from all the rest of the Marvel clichÃ©s. It just hurt so good.

The film picks up after the events of “The Avengers” and “Captain America: The First Avenger” with the Cap as the goodhearted super-soldier extracted from 1945 America and slammed into a technologically advanced present.

Rogers finds that in the 21st century, America’s wars are dirtier and her espionage is more ruthlessly utilitarian and amoral than ever.

Rogers retains the embodiment of the “golly-gee” goodness of 1940s America; but this time, we see him struggle with the alarming winds of change and the disruptive ghosts of the past.

He keeps a little book worth of seven decades of cultural events he missed out on. (“Rocky,” Nirvana and Marvin Gaye make the list.) He mentions that the internet is handy, but he still struggles with keeping up.

When asked about his weekend plans for fun, he gingerly responds that he has none, for all the members of his barbershop quartet are dead.

These aspects lead to excellent drama and tension, even if it’s a familiar trope.

The best thing about it is that Evans pulls it off believably, confidently treading the line between campy and po-faced melancholy.

Meanwhile, Samuel L. Jackson’s (“Django Unchained”) Nick Fury, director of the government spy agency S.H.I.E.L.D., has developed a new weapon called Project Insight: an assembly of three mega-drones that can lock on and dispatch homing projectiles against any living target in the world. “S.H.I.E.L.D. takes the world as it is, not as we’d like it to be,” Fury says, to which Rogers retorts, “This isn’t freedom. This is fear!”

But as long as this power is in the right hands, we’re fine. Right? Unfortunately, Fury’s secretary Alexander Pierce (played by “Sundance Kid” Robert Redford) has other plans in mind that involve sacrificing 20 million lives for the “safety” of 40 million.

The Russo brothers (“You, Me and Dupree”) direct this impressively rich, yet balanced, behemoth of political intrigue, espionage and exquisite action sequences.

Some believe that the film’s subtitle is a reference to the Winter Soldier Investigation of 1971: a movement of hundreds of veterans and anti-war protestors to expose the heinous war crimes committed by the U.S. Armed Forces during the Vietnam War.

This piece of American history definitely adds to the achingly current valence of distrust against homeland security, a theme which this film heavily capitalizes on.

Or maybe that’s just gratuitous analysis getting in the way of what’s really important: the Winter Soldier is the name of Captain America’s new nemesis.

The Winter Soldier is, without revealing too much, a figure from Rogers’ past who matches him in intelligence, speed, strength and all-around demi-godness.

The enemy is a furious living corpse of a doppelganger who engages in a final climactic clash with the Captain that made me think:

If Rogers had been a product of our time instead of that unrealistically idyllic Golden Age, would the Captain merely be a part of the corrupt forces he is taking down in this film?

The character development is phenomenal here. “Iron Man 3” attempted at emotional darkness with Tony Stark’s Post Traumatic Stress Disorder, but his panic attacks ultimately came through as groundless and, at times, rather shameful moments of comic relief.

In “The Winter Soldier,” Rogers bonds with Sam Wilson (Anthony Mackie, “The Hurt Locker”) over the theme of coping with the heavy persistent guilt that follows after years of active military service.

Their comradeship is genuine and soon develops into a wickedly cool partnership. No doubt it opens up possibilities for plots in future “Avengers” films.

That said, this film has an alarmingly high body count: all to further achieve that ever-persistent filmmaker’s mission of grounding the superhero genre in gritty reality. A la Christopher Nolan (“Inception”), there are dire consequences for each moral decision the Captain and his team make.

She shares a teasing yet wonderfully platonic rapport with the Cap, letting the right amount of vulnerability and humanity show through the cracks of her super-heroine invulnerability. “Hey fellas,” she smirks at Rogers and Wilson from a car window. “Either one of you know where The Smithsonian is? I’m here to pick up a fossil.”

Her character gets better and better with every appearance in these films: The time is right for a standalone Black Widow film.

The close-quarters fighting sequences are stunning as Captain America athletically rushes into battle like an American Achilles. Parkour games and anatomical-physiological lightning are filmed in flashes of cuts with the shaky urgency of steadicam.

Yet that same sort of raw camerawork cleverly and cleanly reveals the fine and intelligent emotional performances put on by the cast of actors.

There was a reason why I chose to buy the Captain America mug at the Marvelverse portion of Universal Orlando’s Islands of Adventure, over the Wolverine, Hulk and Iron Man ones.

Captain America is the pinnacle of the all-too-seductive idea of a truly faithful and honest hero to rest our problems on.

After the caveman fury of the Hulk, the borderline heartless sleaze of Tony Stark and the endless brooding of the Wolverine, the Captain serves as a much-needed breath of fresh air.