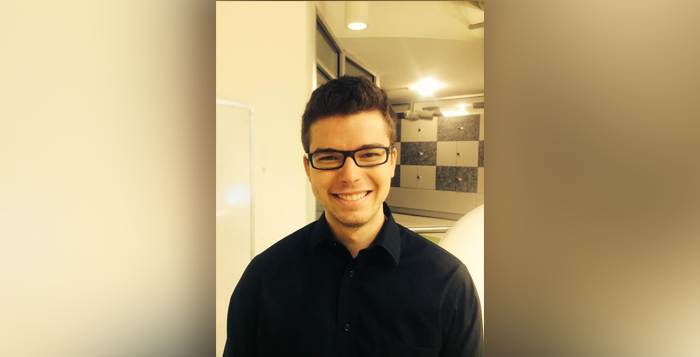 College senior Matthew Pesce was awarded the 2014 Lucius Lamar McMullan Award for his involvement and service to both the Emory and Atlanta communities, according to an April 3 University press release.

The McMullan Award is one of the major awards Emory gives out at commencement and comes with a $25,000 prize, according to Jason Ciejka, associate director of the Honor Council.

“The McMullan Award is meant to honor a graduating senior of uncommon stature in the eyes of the Emory community,” Ciejka wrote in an email to the Wheel. “The recipient should demonstrate outstanding citizenship, exceptional leadership and singular qualities of mind and character.”

Working with Pesce on the Honor Council, Ciejka vouched for Pesce personally.

“All his service has been done without the expectation of praise or accolades but for the benefit of others,” Ciejka wrote. “All in all, it’s a privilege to work with him.”

Pesce, an Atlanta native majoring in Political Science and minoring in Development Studies, is a “gentle soul with a brilliant mind” who is “engaging and profound … with depth of thought and a wonderful sense of humor,” according to the press release.

Ciejka wrote that the selection committee felt that Pesce was a perfect fit for all the criteria.

“He has been a model citizen of the University, demonstrating not only breadth in his activities, but real depth in his commitment and dedication to all his endeavors.”

As a member of Pi Sigma Alpha Political Science Honor Society, Mortar Board, Omicron Delta Kappa and the Emory 100 Senior Honorary, Pesce has been long involved on Emory’s campus.

In addition to serving as vice president of the Barkley Forum, Pesce became an active mentor and instructor in the Atlanta Urban Debate League, an association that teaches debate to students from low-income public schools in Atlanta.

According to the press release , Pesce’s efforts at Emory have focused on ways to improve student life through the careful reform of organizations and administrative processes.

As chair of the Emory College Honor Council and the Emory Elections Board and a student representative on the Committee on Class & Labor, the Committee on Campus Life and the College Curriculum Committee, Pesce has spent his time at Emory working on initiatives and reforms that have impacted the entire student body.

Pesce said the announcement that he was the recipient of the award came as a complete surprise.

“I feel exceptionally honored to receive the award, and it’s certainly not something I expected,” Pesce said. “When I met with [College] Dean [Robin] Forman and [Senior Associate] Dean [for Undergraduate Education Joanne] Brzinski I thought we would discuss something entirely different!”

When asked about his qualifications for the award and what activities had the biggest impact, Pesce points to his overall Emory experience as a contributing factor to his nomination.

“I think it is difficult to pick out a few Emory activities and say they defined me because there are so many different small experiences and interactions with various people that I think have had a really profound impact,” Pesce said. “That being said, debate, honor council, academic research and campus governance are probably things that stand out given the amount of time I have spent on them.”

The Emory experience is one that Pesce said he has enjoyed and will fondly remember for the rest of his life.

“I came to Emory because of its debate program but quickly found so many other activities that have meant so much to me,” Pesce said.  “On one hand, I am excited for what is next, but on the other hand, I know I will miss so many aspects of my time at Emory.”

After completing his degree, Pesce will begin a position as a business analyst in the strategy and operations division at Deloitte.