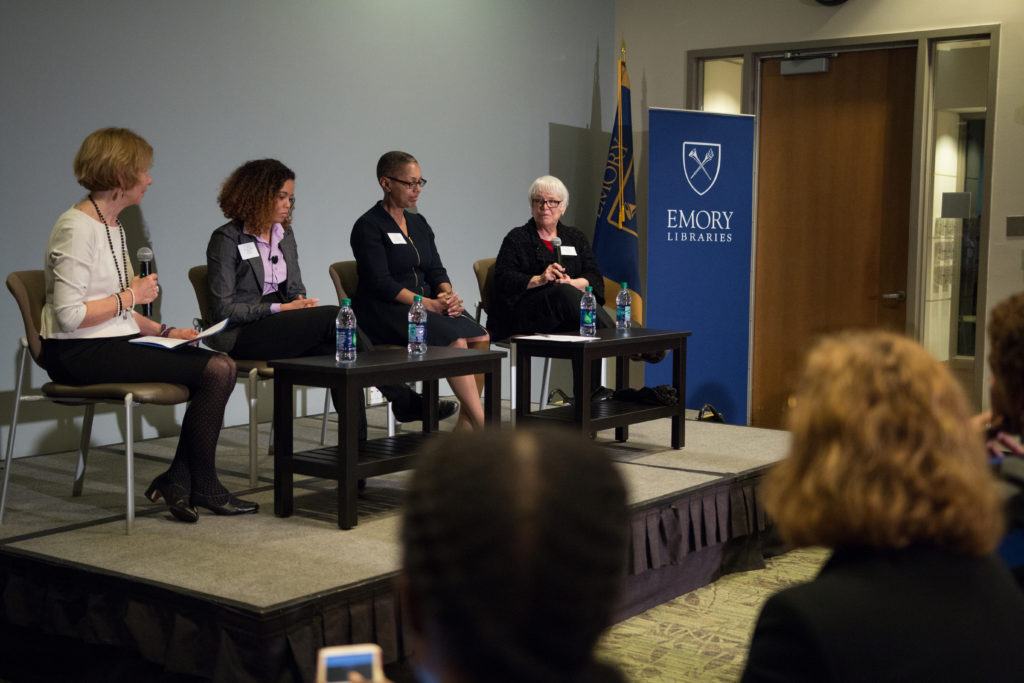 Panelists speak about gender empowerment through higher education in honor of 100 years of female students at Emory./Ruth Reyes, Photo Editor

One century after the first woman enrolled at Emory, more than 40 students, faculty and staff gathered to celebrate milestones and set goals for equality at the University April 5.

Although the event, titled “Educated = Empowered: 100 Years of Emory Women,” acknowledged the monumental achievement of inaugurating the first female University president this year, a common theme among the panelists was an emphasis on continuing to push for the equal representation of women across the University.

University President Claire E. Sterk delivered opening remarks for the event, which continued with a panel discussing historical perspectives of women at the University.

“We have to look toward the future and we have to continue to hold each other accountable,” Sterk said. “We don’t want to be the kind of community that says the right words but doesn’t take the right actions.”

The panelists — a law professor, an Emory student and a non-profit director — shared obstacles they encountered as women and how higher education helps address gender inequality and other demographic disparities.

Panelist Jalyn Radziminski (18C), a member of the first cohort of the 1915 Scholars Program, which connects first-generation students with networking and academic resources, spoke about her identity as a woman, a person of color and a first-generation college student.

“My role … is just to push people with different intersecting identities as women, whether it’s your race, your religion, your ethnicity, your sexuality,” Radziminski said. “We need to address all these different issues that intersect with women and continue to make the next hundred years even better.”

Panelist Chandra Stephens-Albright (85C), the executive director of C5 Georgia Youth Foundation, expressed the desire to see people being defined by who they are rather than by their demographic checkbox. She added that the University has made strides in reducing racial discrimination, citing that students of color were previously discriminated against in the residence halls.

“When our African-American boys would come to visit [girls in single-sex dorms], someone would call Emory police,” Stephens-Albright said, adding that white boys were welcomed rather than reported.

Stephens-Albright pointed out that Emory’s residence halls are now not segregated by neither gender nor race.

“It’s extremely important that we understand today’s realities and not get lost in what was the case 20 plus years ago,” Fineman said.

The event also served as a commemoration and remembrance of the first woman enrolled at the University, Eléonore Raoul Greene, according to University Archivist John Bence. Raoul was matriculated when then-Chancellor Warren Candler, who opposed coeducation, was out of town and unable to stop her enrollment, Bence said.

Incoming graduate student at the Candler School of Theology Peter Dickson (16C) said he appreciated the context the event provided and the historical narrative that has dovetailed with the appointment of the first female president of Emory.

“As someone who doesn’t operate within kind of those gender roles, I specifically wanted to hear the greater context of where our institution was coming from, and what it means for me to be a man in an institution that has been historically displacing women,” Dickson said.

Samantha Ditre (17C), who attended the event, said the event highlighted the importance of women as well as the progress the University has made so far.

“It was really great to hear all these amazing women speak about their own experiences,” Ditre said. “Each were very different and came from different places.” 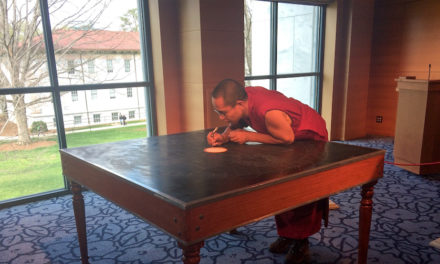